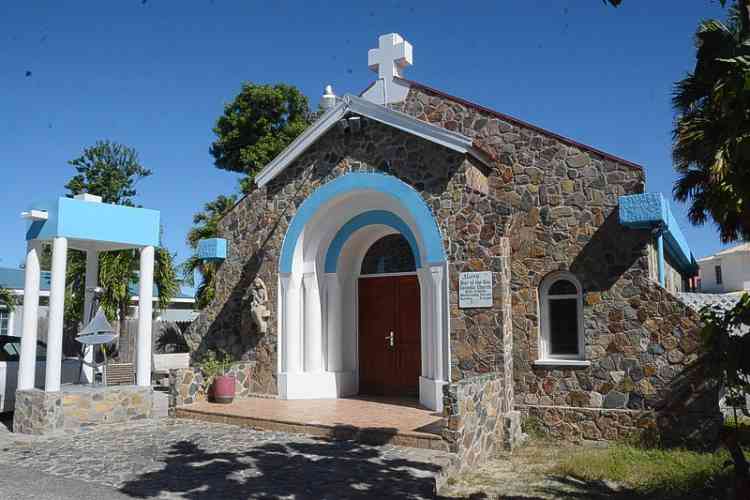 MARIGOT–Father Cornelius Charles has passed away, it was learnt over the past few days. He was 72.

President of the Collectivité Daniel Gibbs offered condolences to his family. He said in a statement: “It is with great sadness that I learnt of the death of our beloved Father Cornelius Charles. A staunch defender of the Catholic faith, Father Charles left his mark and benevolence on the history of our island.

“As a man of peace and compassion, Father Charles guided many families in their faith and life journey. From grandparents to children and grandchildren, he has been a precious companion for the Catholics of St. Martin.

“Father Charles also left his mark on people’s minds for having given unwavering support to people suffering and in need. His commitment to the homeless shelter ‘Manteau de Saint-Martin’ was an example of solidarity, his action recognised by all for its quality. We will remember his infinite wisdom and kindness, which in these troubled times are an example to follow.

“My Vice-Presidents and all elected representatives of the Territorial Council of St. Martin join me in expressing our heartfelt condolences to his family, the Catholic Church and to all those who held him in their hearts. We will not forget him.”