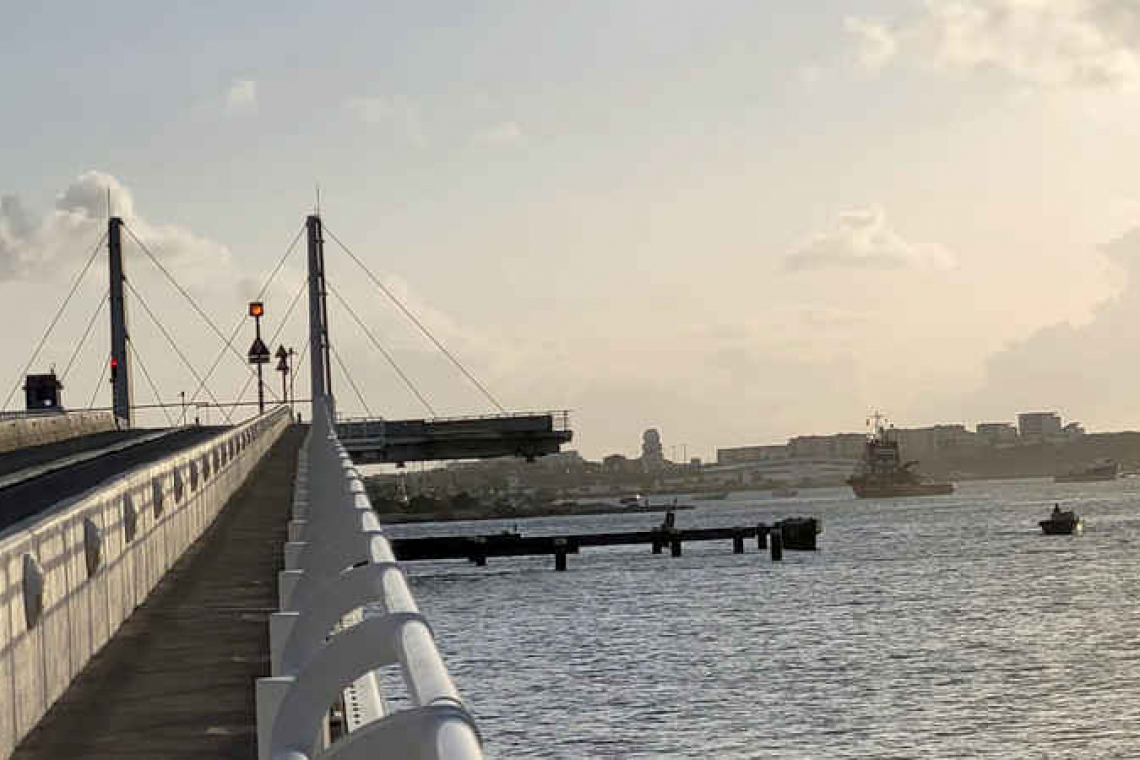 SIMPSON BAY–Simpson Bay Lagoon Authority (SLAC) announced that on Monday afternoon the causeway bridge suffered a technical problem while it opened for maritime traffic. In the process of closing the bridge, the system malfunctioned, possibly due to a power grid outage.

The deck of the bridge could not close, thereby obstructing the free flow of motorised traffic in both directions. NV GEBE technicians, Electec, along with PSG staff supported by construction company Hollandia staff out of the Netherlands were still working tirelessly through Monday evening on resolving the problem.
Troubleshooting the issue will continue today, Tuesday. SLAC will keep the community informed with respect to any updates.
This problem occurred only four weeks after the causeway was put back into operation for maritime traffic after experiencing some technical challenges. Technicians from Hollandia arrived on the island in the first week of June to carry out the necessary repairs to the hydraulic system where faulty sensors were replaced.
The causeway bridge utilises complex advanced technology when compared to the Simpson Bay bridge and was first opened in 2013.