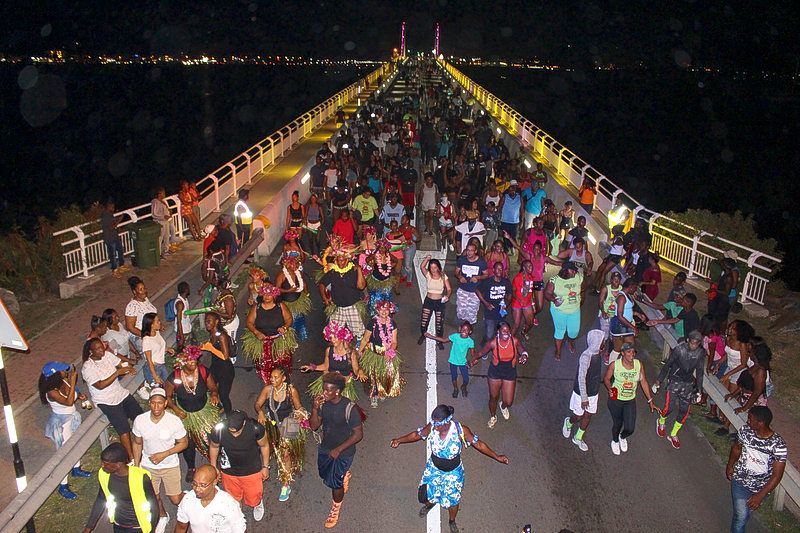 SIMPSON BAY–The annual Causeway Jump-Up brought back memories to some who remember dancing on Cole Bay Hill during the Unity Jump-Up hosted several years ago. Revellers were quickly reminded that it was easier said than done, as many persons who were dancing during the regular route quickly ran out of breath and had to pace themselves to get to the top of Cole Bay Hill on Saturday evening.

St. Maarten Carnival Development Foundation (SCDF) believes the Causeway Jump-Up has grown into one of the most anticipated events in the pre-Carnival schedule. Thousands took part in the event, while thousands more lined the street-sides to witness the event passing along the roads of St. Maarten.

“The Jump Up was well attended. It was very long, but revellers enjoyed it,” stated SCDF President Alston Lourens.

He commended police for their approach this year and said there had been a police presence everywhere. “We did have some mechanical issues with one of the trucks. However, we got to fix it and they finished the jam session. People are ready for the Carnival season to kick off and we are excited as well,” said Lourens in an invited comment to The Daily Herald.