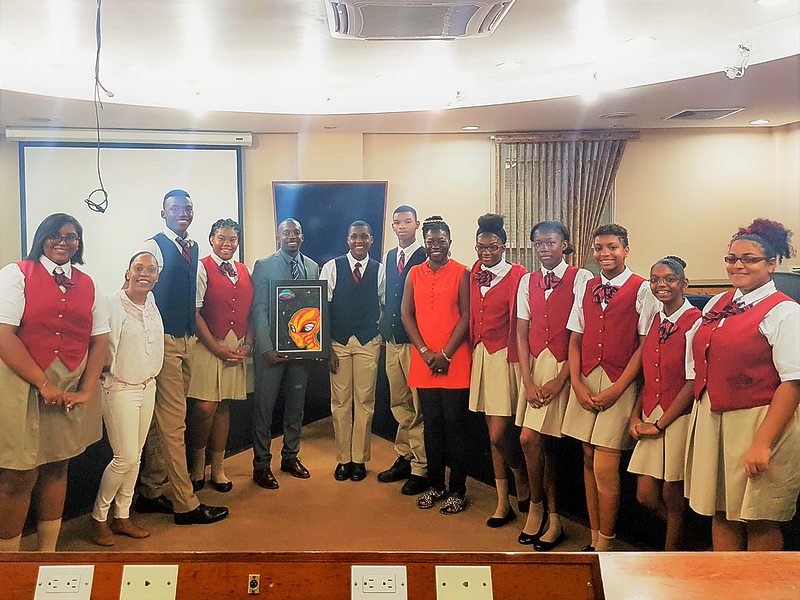 PHILIPSBURG–Ten Charlotte Brookson Academy (CBA) of the Performance Arts students will be contesting the school’s first Student Government Council elections, which will be held on Thursday, August 31. Students can postulate themselves or be nominated by their peers for the positions of President, Vice President, Secretary, Treasurer, Public Relations Officer, Community Service Officer and board members. Membership in the Student Government is for a period of one year. The key criteria includes academic and performance art excellence, passionate personality, role model, good speaker and exemplary behaviour. As part of one of the activities leading up to the elections, the elections organising committee arranged a motivational workshop on Friday, August 25, for the ten candidates and for the school’s fourth and fifth formers. National Alliance (NA) Member of Parliament (MP) Irion Ardwell spoke to students during the workshop.

In his presentation Ardwell stressed the importance of Student Government members being the voice for the student population. He also briefed students on his decision to run in the 2015 parliamentary elections and how this has impacted him to be more grounded and dedicated to serve the community. Ardwell also gave a breakdown of each position in the Council and the responsibilities associated with the positions.

“We strongly believe that students should know the importance of having a strong campaign, being a role model, know the purpose of leadership skills and have an exemplary behaviour,” organising committee member Nzinga Lake said in a press release on Monday.

Visual Arts student Jeremiah David presented his art piece entitled “A leader beyond our universe” to Ardwell as a thank you gift on behalf of the student body. The school thanked Ardwell for taking time out to motivate and empower candidates and students.

The Student Government Council elections organising committee comprises Okama Ekpe Brook, Lake, Natasha Cuffy and Keron Gray. The next activity for the candidates will be the presentation of their speeches to the school’s student population and management on Tuesday, August 29, at the Philipsburg Cultural and Community Centre under the theme “My speech to the world.”