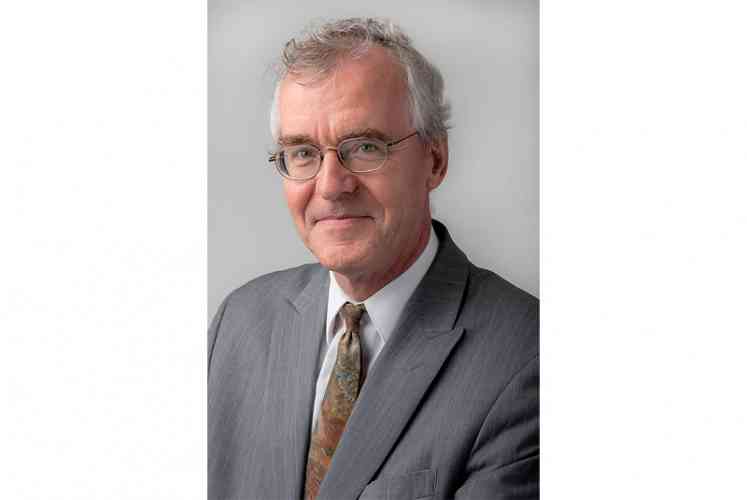 WILLEMSTAD–During Wednesday’s luncheon of Curaçao Business Association VBC, acting president-director of Central Bank of Curaçao and St. Maarten (CBCS), Bob Traa called for more attention to the supply side of the economy. He was giving his diagnosis of and possible solutions for the current economic situation on the island.

The executive pointed out that labour productivity shows a negative trend, while at the same time the number of working-age people is shrinking. As a result, the potential growth of the economy is negative.

“When productivity declines, business firms reduce employment to lower cost, which increases unemployment. Curaçao not only has a high unemployment rate; there is also too much unused capital, e.g., empty houses and hotel buildings and an excess liquidity in our banking system.

“Furthermore, as a result of the negative productivity, Curaçao lacks competitiveness and has a high deficit on the current account of the balance of payments. The economic structure is gradually shifting from industry to tourism.”

Based on this analysis, Traa argued that economic policy should be focused on both aggregate demand and aggregate supply. Given the high deficit on the current account of the balance of payments, he sees little room to stimulate the economy from the demand side.

Moreover, with respect to fiscal policy, the speed at which measures are implemented must be considered. “If we try to adjust fiscal policy too strongly, economic activity could be stalled even more.”

The possibilities for monetary policy actions are also limited, as the Netherlands Antillean guilder is pegged to the US dollar.

Furthermore, the economic dynamics of the two Dutch Caribbean countries in the monetary union are different. St. Maarten’s recession is “V-shaped” and may well be in a recovery phase already, while Curaçao has a structural adjustment path recession (“L-shaped”).

The focus must therefore be on reinforcing aggregate supply in order to boost potential growth. Curaçao should strive towards the implementation of a structural reform plan. These reforms are to be focused on making both the labour and product markets, as well as the government apparatus, more efficient and productive.

The emphasis should be on a tripartite commitment and “flexicurity”, i.e., protecting people and not jobs. Government, the trade unions and the business community should actively work together on defining the structural reform agenda.

With his speech Traa wanted to stimulate dialogue to achieve a broadly supported structural reform agenda.