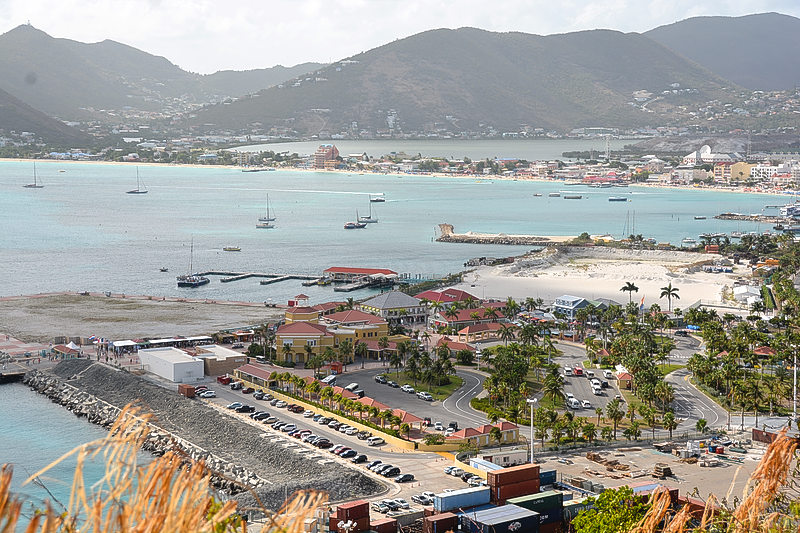 PHILIPSBURG–St. Maarten’s economy is projected to expand by 0.5 per cent in 2017, driven solely by domestic demand. The increase in domestic demand will be sustained by higher private spending, while public spending will drop, announced the Central Bank of Curaçao and St. Maarten (CBCS) in its report titled “Economic Developments in 2016 and Outlook for 2017” released on Thursday.

By contrast, net foreign demand will put a drag on real gross domestic product (GDP) growth, as the increase in imports will offset the rise in exports. Exports will go up primarily because of more foreign exchange earnings from tourism activities, in line with the projected real GDP expansion in the main tourism markets of St. Maarten.

Furthermore, inflationary pressures are projected to rise to 0.3 per cent on the back of a projected increase in international oil prices.

The economy of St. Maarten is expected to expand by 0.1 per cent in 2016, a slowdown compared to the 0.4 per cent growth registered in 2015. Meanwhile, the inflation rate in St. Maarten will turn negative in 2016 (-0.2 per cent), primarily the result of the decline in international oil prices, said CBCS.

The deficit on the current account of the balance of payments will widen in 2017 primarily as a result of a decline in the net export of goods and services. In addition, the income and current transfers balances will worsen.

The net export of goods and services is projected to decline because of an increase in imports, moderated by a growth in exports. Imports will rise as a result of, among other things, an increase in oil imports driven by higher projected international oil prices.

Furthermore, merchandise imports will increase because of, among other things, more imports of construction materials related to the projected investments for 2017 in both Curaçao and St. Maarten. Also, merchandise imports by the wholesale and retail trade sector will go up on account of higher domestic demand and more tourism spending. The higher exports will be sustained by an increase in foreign exchange earnings from bunkering activities as a result of the higher projected international oil prices.

Furthermore, foreign exchange earnings from tourism activities in both Curaçao and St. Maarten will increase, in line with the projected real GDP expansion in the main tourism markets. By contrast, the foreign exchange earnings from refining activities in Curaçao are projected to drop as the Isla refinery might gradually reduce its operations and investments as the lease contract will expire in 2019.

The external financing is projected to surpass the deficit on the current account. Hence, the gross official reserves will rise further, albeit at a slower pace compared to 2016.

Growth in 2016 was driven solely by private demand, while both public and net foreign demand contracted. Private demand increased as a result of more investments, including large construction projects in the Maho and Cupecoy areas. However, the rise in investments was partly offset by a contraction in private consumption. Public spending contracted because of a decline in both consumption and investments.

Meanwhile, net foreign demand dampened real GDP growth because of a decline in exports, mitigated by lower imports. The projected export contraction was caused primarily by lower foreign exchange earnings from cruise tourism. The import bill shrank because of less merchandise imports by the wholesale and retail trade sector, in line with the lower tourism spending and domestic consumption.

The developments over the first half of 2016 indicate that the real GDP expansion was supported by output growth in the construction, manufacturing and utilities sectors. By contrast the wholesale and retail trade, restaurants and hotels, transport, storage, communication, real estate as well as renting business activities sectors contributed negatively to GDP because of the weak performance of tourism, St. Maarten’s main economic pillar.

The public sector also put a drag on GDP growth as reflected by lower revenues from taxes on goods and services, in particular turnover tax, and a decline in wages and salaries.

In addition, partly due to concerns over the presence of the Zika virus, growth in stay-over tourism from North America remained muted, while arrivals from the Latin American and Caribbean markets contracted. By contrast, the European market grew at an accelerated pace, said the Central Bank.

The financial intermediation sector also put a drag on St. Maarten’s real GDP growth in the first half of 2016, as interest income of the domestic commercial banks dropped at a faster pace than interest expenses.

Real value added in the utilities sector registered marginal growth because the higher demand for water and electricity in the construction and manufacturing sectors was partly offset by the lower demand from cruise vessels.

The Government of St. Maarten is projected to record a current budget surplus at the end of 2016. However, this surplus is expected to be lower than the NAf. 25.3 million stated in the approved budget for 2016. Consequently, there is a risk that St. Maarten might not be able to compensate part of the accumulated deficits incurred in the previous years in 2016, as was stipulated in the Instruction of the Kingdom Council of Ministers of 2015.

During the January-September period of 2016, the Government of St. Maarten recorded a budget surplus of NAf. 14.5 million, an increase compared to the NAf. 10 million surplus recorded in the same period in 2015, due to a drop in expenditures that surpassed the decline in revenues.

Government expenditures went down mainly as a result of fewer outlays on goods and services moderated by an increase in wages and salaries. Meanwhile, revenues dropped because of fewer proceeds from concessions and fees – particularly casino and lottery fees – and less income from taxes, especially turnover tax.

Despite the improvement in the fiscal stance during the first nine months of 2016, the Government of St. Maarten still needs to implement measures to increase its revenues in a more sustainable manner, including strengthening the Tax Department. Furthermore, measures to comply with the September 2015 instruction of the Kingdom Council of Ministers still need to be implemented, including reform of the pension and social security systems and improving financial management.

According to CBCS estimates, the total outstanding debt of the Government of St. Maarten dropped by NAf. 10 million to NAf. 682.7 million in 2016 due to a decline in the domestic debt component.