Home Local News CBH to focus on entrepreneurs who want to trade with Europe |... 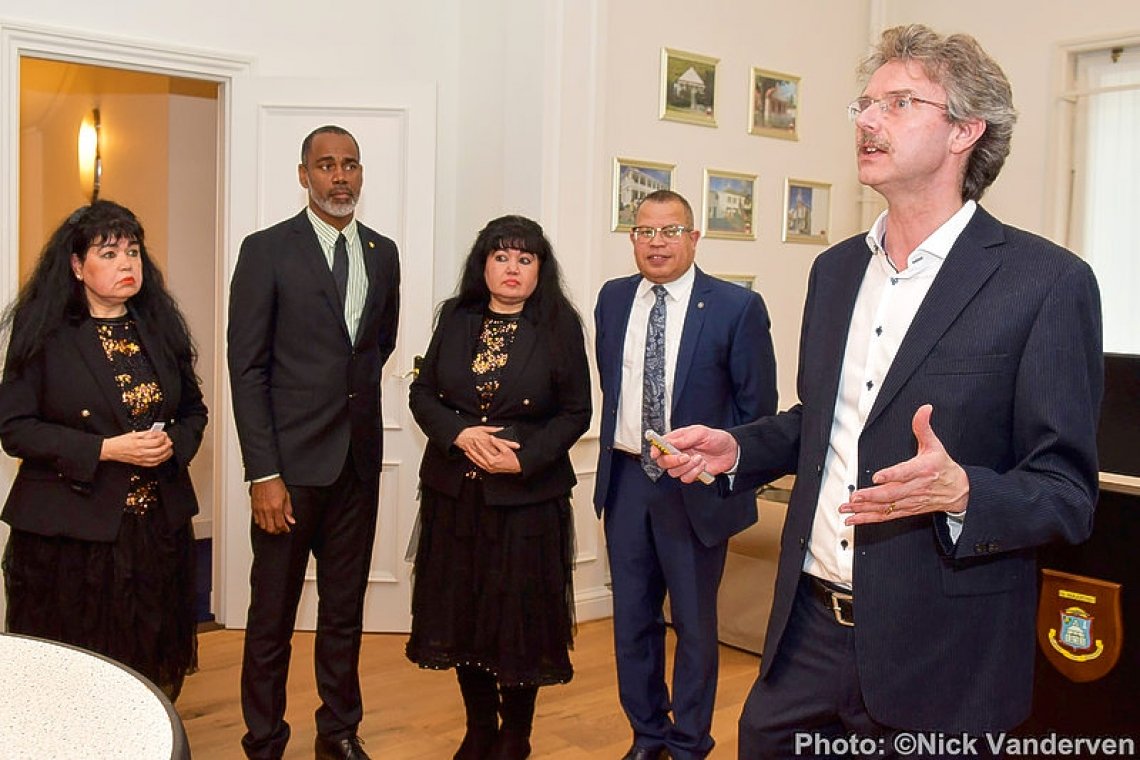 PHILIPSBURG–Placing more attention on entrepreneurs in the Caribbean who want to trade with Europe or seek cooperation with partners from the Netherlands is one of the goals of the Caribbean Business Hub (CBH).

The organisation held its New Year’s meeting at the Cabinet of St. Maarten’s Minister Plenipotentiary Rene Violenus on Friday, January 31.

CBH chairman and financial expert Nico de Visser briefly explained CBH’s vision and goals for this year. He said there would be more attention for entrepreneurs in the Caribbean who want to trade with Europe or seek cooperation with partners from the Netherlands.

CBH vice chairman Lionel Martijn gave an overview of the economy of St. Maarten and pointed out a number of sectors where there are opportunities for innovative entrepreneurs.

Carla Aalse from CRMLNK gave a pitch about her company, which advises and trains governments and companies on governance and diversity in the Netherlands and the Caribbean, including St. Maarten and St. Eustatius. She also takes care of recruitment and selection of supervisory directors and managers.

Jan-Willem van den Braak spoke about the success of the Central Dialogue on Bonaire, which may soon also start in St. Eustatius, the release said.

Following the speeches, networking and contacts and agreements were made primarily between representatives of St. Maarten and Dutch entrepreneurs from the transport sector, healthcare and construction, as was stated in the release.

CBH’s next meeting is in May. Entrepreneurs and investors can contact CBH and register at: