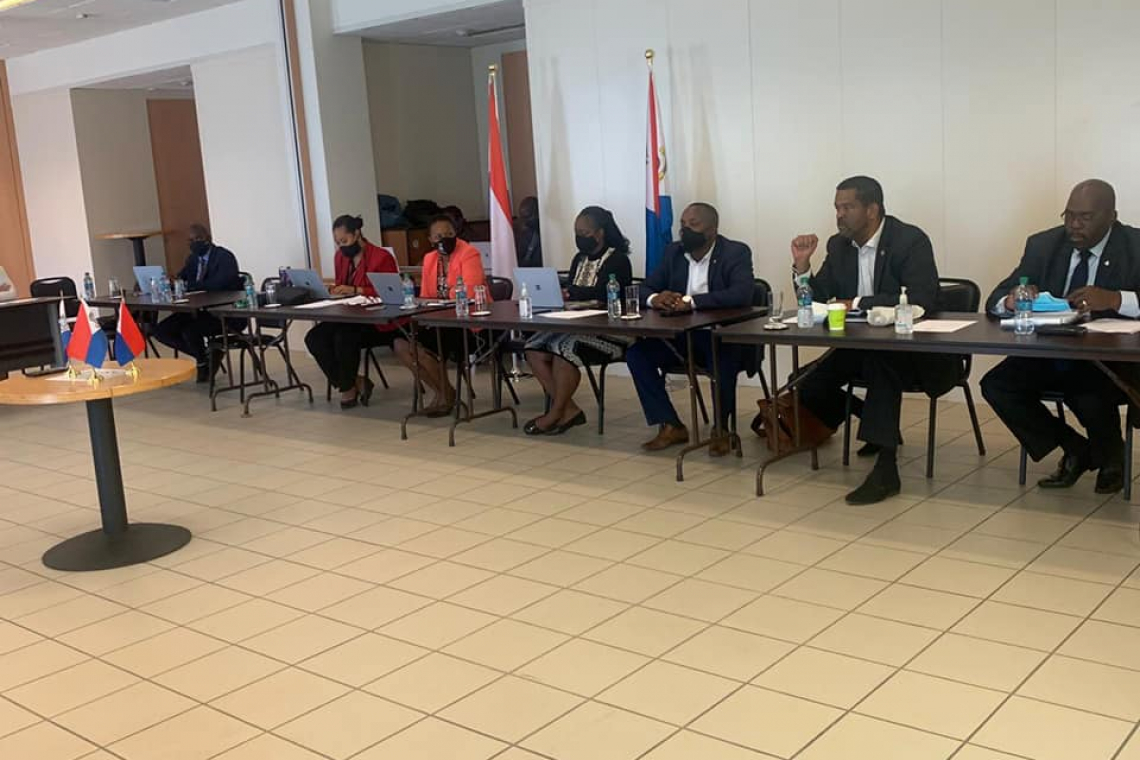 PHILIPSBURG–Prime Minister Silveria Jacobs and the Council of Ministers have made several attempts to meet with the Committee of Civil Servants Unions (CCSU) and particularly the CCSU secretariat, whose role is to serve as an impartial mediator between Government and the unions.

“The Minister of General Affairs, as was requested by the CCSU members in their letter of June 1, 2020, sent a draft covenant on July 27, 2020, to solidify the cost-cutting measures proposed,” it was stated in a press release from the Prime Minister’s office late last night. “Along with the draft covenant, the minister sent a cover letter requesting to initiate a workgroup on the agreements and further proposals of the CCSU members, to be discussed on August 7, 2020.”

The CCSU’s secretariat responded to the Minister on July 31, asking for clarity on the purpose and content of the recent draft covenant they had received, the release continued.  Windward Islands Civil Servants Union/Private Sector Union (WICSU/PSU) and Windward Islands Teachers Union (WITU) along with associate members the police unions NAPB and ABVO responded to the draft covenant, stating they were not in agreement with the way in which the conditions would be applied. They also stated that they would not be able to sign the agreement as requested by the Council of Ministers.

“It should be noted that the draft covenant was sent in order to receive feedback from the members in order for the Council of Ministers and the CCSU to come to a mutual agreement on the proposed cost-cutting measures. To date the minister has sent two requests to the CCSU members for meetings, which the CCSU did not accept,” it was pointed out in the press release.

Meanwhile, on August 31, CCSU filed a complaint with the Ombudsman against Minister of General Affairs Silveria Jacobs and Minister of Finance Ardwell Irion claiming that both ministers have violated the law regarding the handling of the labour rights of the civil servants of St. Maarten. Although this complaint was filed on August 31, the ministers did not receive this notice until Monday, September 7, two weeks later.

“In order to diffuse the ongoing tension with the unions the Minister of General of Affairs once again requested a meeting with the secretariat of the CCSU on September 11 which they again declined until after the hearing of the Ombudsman,” the government release stated.

“The Minister requested clarity from the Ombudsman on the complaint submitted by the CCSU on Friday, September 11, 2020. Due to pre-set arrangements, the proposed date of the hearing is now scheduled for October 2, 2020. The Minister of General Affairs is awaiting the hearing of the Ombudsman, after which the much-anticipated negotiations with the members will continue.

“It is unfortunate that the Council of Ministers was informed yesterday, September 29, 2020, by convocation of a public meeting of parliament to be held on September 30, 2020, with the WICLU and CCSU unions prior to the hearing of the Ombudsman,” the government release concluded. “The Government remains open to discussions with the CCSU and the WICLU respectively, with the main focus of both parties coming to an amicable agreement on the proposed cost-cutting measures.”