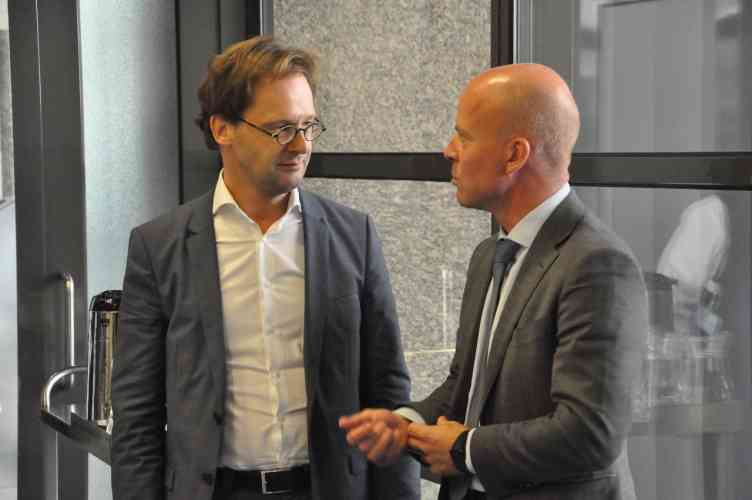 THE HAGUE–The Christian Democratic Party CDA and Socialist Party (SP) in the Second Chamber of the Dutch Parliament want to know why former representative of the Netherlands in Willemstad Henk Brons received a net reimbursement of tens of thousands of euros while effectively he spent only 18 days in Curaçao.

All four MPs questioned whether a civil servant who received more than 40,000 euros for only working a limited time should not have to pay back this amount. The CDA MPs suggested to Ollongren and Knops to have the Netherlands Audit Service investigate the contract of the civil servant in question. Van Raak referred to the matter as the “grasping attitude” of a top civil servant.

The Dutch broadcast company NOS broke the news on Friday that the former Dutch representative, who was in function until July 1, 2018, and who currently is the Kingdom Relations Director-General at the Ministry of Home Affairs and Kingdom Relations BZK, was royally rewarded for his work.

When Brons assumed his current function while also continuing to serve as representative in Curaçao until a successor had been found, he was allowed to keep the compensation that Dutch civil servants receive when working abroad. Brons combined the two functions for more than nine months, but was only in Curaçao for 18 days during that period, yet received a net allowance of around 4,500 euros per month, untaxed and on top of his salary.

The CDA MPs and Van Raak of SP are not amused and are demanding clarity. The MPs wanted to know exactly how much was paid, what the standard reimbursement for working in the exterior is, what the details of the contract and the conditions of repayment entailed.

The CDA asked to receive copies of the contracts. The MPs wanted to know whether Ollongren or Knops had given permission for these contracts, and whether the contracts had been drafted and executed legitimately, especially where it concerned the paid allowances “while only a limited number of days was spent travelling.”

Both the CDA and SP asked about repayment of the money Brons had received. “Does a civil servant have to pay back the remuneration that he receives for a stay abroad if he doesn’t travel to the exterior?” asked Van den Berg, Van der Molen and Omtzigt, who also wanted to know whether the civil servant does not have to declare the reimbursement as income at the Tax Office and pay taxes on the amount.

Van Raak asked why Ollongren and Knops had given a top civil servant foreign renumeration while the person in question resided in the Netherlands. “Why did you allow a civil servant to receive a daily allowance of 2,319 euros for 18 days of work in nine months? Can you promise that the amount that was paid in excess will be reclaimed?” asked Van Raak, who also wanted to know what Ollongren and Knops would do in case the ministry’s guidelines were deviated from.

The CDA and SP also requested that Ollongren and Knops give their opinion on the issue.

“Do you have a fundamental and moral opinion about the paid allowances and the way this issue was dealt with?” asked Van den Berg, Van der Molen and Omtzigt.

“Do you share my concerns that this kind of grasping attitude hurts the credibility of the Netherlands on the islands?” asked Van Raak.