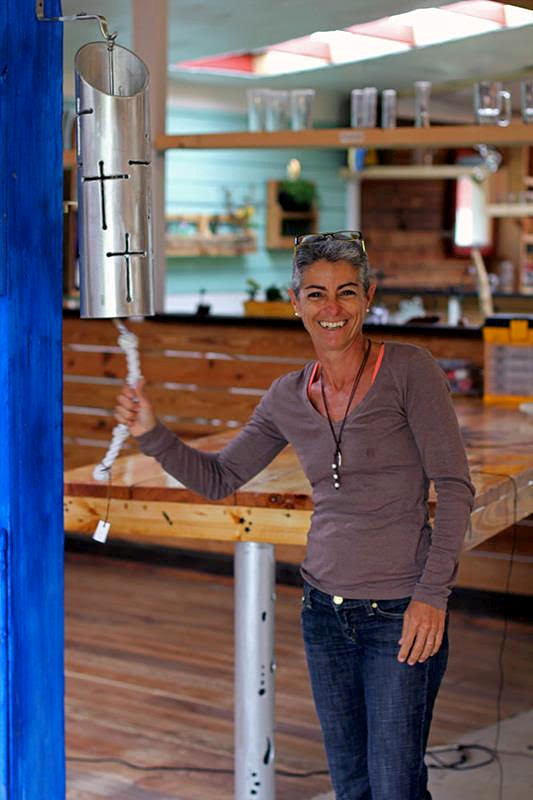 TERRES BASSES–The secret feminine and her place in the world of today continue evoke discussion and challenges. Two artists, working in different media, have paid homage to the feminine form on canvas and in ceramics at a new special exhibition set to open on Saturday in NOCOart Studio in Terres Basses.

Templeton was born in Mozambique, Africa. She moved to St. Maarten/St. Martin in 1989. She was first introduced to pottery and hand-building in 2011, when she attended a workshop hosted by fellow ceramist Tumay Erman.

“I quickly developed a passion for working with this medium. I have developed Raku art while I lived in Florida, over the last few years with the guidance of a fellow Raku artist Nolan Windholtz of Round Tree Pottery,” said Templeton.

Templeton draws inspiration for her Raku clay work from the island’s beachscapes. She captures the essence of dwelling soaking in the white-capped waves and the azure waters and the gloriousness of soaking up the warm sunshine in her artworks.

Focusing on her surroundings in the Caribbean, Templeton said, “I tend to create sea life and I am especially influenced by the different coral formations which I encounter on my many hikes along the seashores.”

Like her husband metal artist Mark, Templeton is a self-taught artist who creates in various media but her passion is hand-building in clay. “The introduction to Raku art has allowed me to break boundaries. The Raku process has allowed me to be adventurous in my techniques,” she said.

All of Templeton’s work is 100 per cent hand-moulded, air-dried and glazed, using the brilliant Caribbean blues and other brightly coloured pieces.

Templeton holds a degree in fashion design and worked for Jockey designing men’s Sports Wear while she lived in South Africa.

A design background is another element Carla shares with Corinna Trimborn. German-born Trimborn also has a foundation in design. She moved to the island almost two decades ago and was also taken by the beauty seen all around her.

Trimborn studied Fashion Design in Hamburg, Germany and graduated with honours. She later went on to found the art association “Lupa.” The group won the first prize in Euro-Design Pyramid held in Basel, Switzerland.

Before moving to St. Maarten, Trimborn was a costume and set designer for several German TV productions and had studied oil painting with Professor Wolf Seesselberg at the Art Academy in Hamburg. She also pursued studies in photography and digital image post production at the Academy of Electronic Communication Science in Hamburg. She co-founded NOCOArt with sister Norma.

Complementing the artworks will be talented musician Jeanfranco. He will fill the gardens surrounding the Art Studio with beautiful music under the moonlight.

Art lovers are invited by sister artists Norma and Corinna Trimborn and Carla Templeton to attend the special exhibition to celebrate the feminine form. The exhibition opens at 5:30pm and ends at 9:00pm.