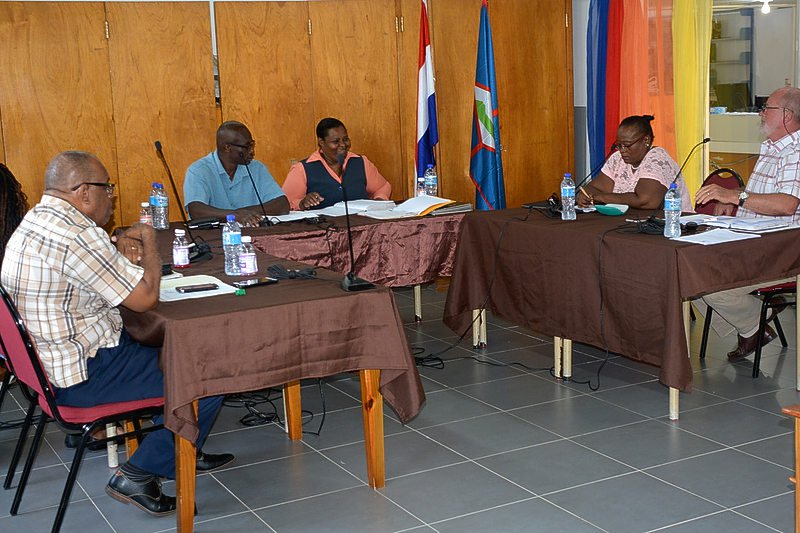 ST. EUSTATIUS–It was a relatively short meeting of the Central Political Committee last Thursday at the Public Library. The energy bills sent out recently from STUCO, the island’s water and energy company deserved immediate focus. Committee members were unanimously agreed that energy bills not only seemed higher than before, but were also now presented according to new calculations – without explanation.  Chairman Reuben Merkman (Independent) informed his colleagues that attempts to invite STUCO Director Fred Cuvalay to explain the new bills had proved unsuccessful. “STUCO has a responsibility to the people of Statia,” Clyde van Putten (PLP) insisted. “And the Director should be subpoenaed to come to the Committee and give whatever clarification is required.”

Nevertheless, a brief telephone conversation by the Chairman confirmed that Cuvalay would be delighted to accept the invitation to attend the forthcoming meeting of the Committee this Friday.

Committee business then turned to a letter sent to the members of the Island Council by St. Eustatius National Parks Stenapa, signed by Stenapa director Clarissa Buma and Jessica Berkel, Marine Park Manager. The content of the letter made it quite clear that the Foundation objects to the lifting of its mandate for the harbour area in the Marine Park.

“Stenapa opposes this decision because it brings with immediate effect our local jobs in jeopardy. Besides that, the legislation in the form of the latest amendments to the Marine Environment Ordinance is here and there confusing, and therefore difficult to enforce.

“One of the immediate consequences,” the Foundation maintains, “is that since 19 May 2017, part of the Marine Park is unmanaged and unprotected. This decision has a negative effect on nature and all sorts of economic activities, such as fisheries, diving and tourism that depend on healthy natural resources. This area contains seagrass beds and is a foraging ground to sea turtles and contains several valuable coral reefs.”

The letter continues: “Stenapa has been maintaining the Marine Park successfully for twenty years, and has an excellent track record in nature management and conservation. We have a dedicated, knowledgeable staff, including the so-much-needed divers. There is no other organization on the island that can do this job”

“The letter is dated 7 July 2017,” Koos Sneek (DP) reminded his committee colleagues. “And we have a legal obligation to respond to the letter within two weeks.”

On Friday at 2:00pm, the Committee will meet in the Public Library to discuss STUCO Bills and Stenapa’s mandate as main agenda points.