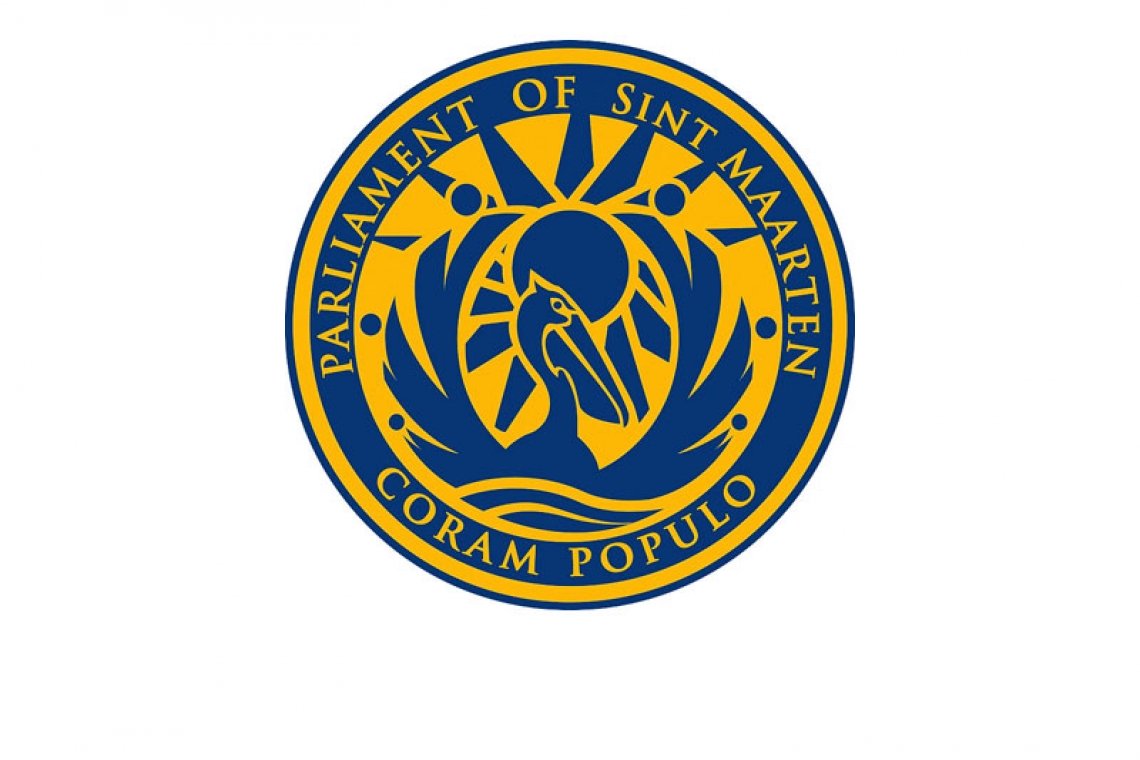 PHILIPSBURG–The Caribbean Financial Action Task Force (CFATF) has extended the deadline for St. Maarten to comply with its recommendations by six months, said Justice Minister Anna Richardson in Friday’s virtual public meeting of Parliament on the draft Criminal Procedure Code. The extension means that the country will avoid potential blacklisting by the institution for the time being.

Richardson said the deadline has been moved to November. The extension was given due to ongoing coronavirus COVID-19 crisis, she said. Then-Justice Minister Egbert Doran said in a previous Parliament meeting on March 20 that the CFATF plenary session, which was originally scheduled for May, had been postponed indefinitely.

MPs Rolando Brison of United People’s (UP) Party and Claudius “Toontje” Buncamper of United St. Maarten Party (US Party) submitted an amendment to the draft Criminal Procedure Code prior to Friday’s virtual session.

These Articles concern mainly the introduction of a crown witness, the use of computer hacking to access information, and the change of investigative powers related to legal searches. These were issues that several Members of Parliament (MPs) were critical of during past Parliamentary meetings on the draft legislation.

“Throughout the process of examining this legislation, Parliament has been told that the purpose … is to comply with international regulations, especially those of the CFATF. This is to prevent, among other things, St. Maarten from being blacklisted by CFATF. The starting point of this amendment is mainly to ensure that some articles, that have nothing to do with the recommendations of the CFATF, are removed.

“… An analysis of the draft amendment by the promoters [Brison and Buncamper – Ed.] have concluded that, based on the need to comply with the recommendations, many of the Articles in the draft are not needed … This amendment aims to remove those controversial articles and/or revert to the current Articles of the Code of Criminal Procedure. This is to increase the comfort of Parliamentarians when adopting this law,” according to the amendment.

Richardson requested a three-week postponement of the Parliament session to discuss the amendment with her support staff. “While I seek not to abuse the extension, I would like the opportunity to use the time to further deliberate the details of the changes,” she said.

She also said she would discuss the amendment with Parliament’s Committee of Justice and with the heads of the Parliamentary factions.

Richardson said she would answer the questions posed by MPs in the previous meeting on March 20 when the session continues in approximately three weeks. “I am aware that questions were posed in the meeting of March 20, but I still have to review the responses some more,” she said.

In the clarification round, MPs Sarah Wescot-Williams of United Democrats (UD), Melissa Gumbs of Party for Progress (PFP), and Buncamper of US Party questioned whether the CFATF’s plenary session will now take place in November, or if is it that only the deadline has been extended. “Is it a hard deadline on the meeting or is it a hard deadline on handing in your report to ensure that they [CFATF] can prepare for the meeting?” asked Buncamper.

Brison and Buncamper, as well as MPs Christophe Emmanuel, George Pantophlet, Solange Duncan and Angelique Romou of National Alliance (NA), indicated that they supported the proposal for the meeting’s postponement.

MPs Gumbs and Raeyhon Peterson of PFP said in a press release issued after the meeting that they are concerned about the meeting’s postponement.

“The reasoning behind Friday’s postponement is somewhat unclear. The [Justice] Minister has stated that the deadline for our compliance with CFATF has been extended, and that the meeting is slated to be held in November 2020 instead of May 2020. However, the Minister has yet to confirm if it is the deadline or the meeting itself that has been delayed, as the two are not one-and-the-same.

“The handling of the draft Criminal Procedure Code has been delayed several times now, with the previous postponement meant to allow for a new amendment to be completed and submitted for review. Parliament received the amendment a half-hour before the meeting began but did not have the opportunity to discuss it in the meeting,” said Gumbs.

Peterson said he “laments this further delay in the handling of this law” and questioned why an in-depth review of the draft law had not been done prior to St. Maarten “running out of deadlines.”

“With all due respect to the new minister, she was sworn in as an MP on November 20, 2019, with the same party that her predecessor [Doran] hails from. Further to that, the handling of this law started in 2019, and this is not the first amendment to this same law coming from MP Rolando Brison.

“How is it that only now any Minister or Member of Parliament has chosen for an in-depth review? An in-depth analysis is always critical when presenting legislation or an amendment to a National Ordinance. Failing to do so will always bring legal complications at this phase of legislation,” said Peterson.

Gumbs said the draft Criminal Procedure Code and the pending CFATF recommendations have been on her and Peterson’s radar prior to Nomination Day in 2019.

“It was important that we brought ourselves up to speed and weigh all consequences before making a decision. So, we are surprised that similar efforts were not made by all who postulated themselves,” according to the press release.

“International finance is about the value a country holds on the international market and the risk associated with that value. Since 2015 it has been highlighted by various stakeholders to Parliament and government that the US [United States] correspondent banks associated with our local banks may not accept the risk of doing business with St. Maarten based on our low transactional value and our hesitation to comply with internationally-accepted anti-money-laundering practices,” said Peterson.

“There is the slim possibility that the correspondent banks decide to take on that risk but hoping for that is like playing roulette. Do we want to do that as a country, with the full weight of the negative effects of COVID-19 not yet hitting us?” asked Gumbs.

Gumbs and Peterson cautioned Richardson about delaying until “the eleventh hour,” adding that “‘kicking the can down the road’ is what has led to this present situation.”