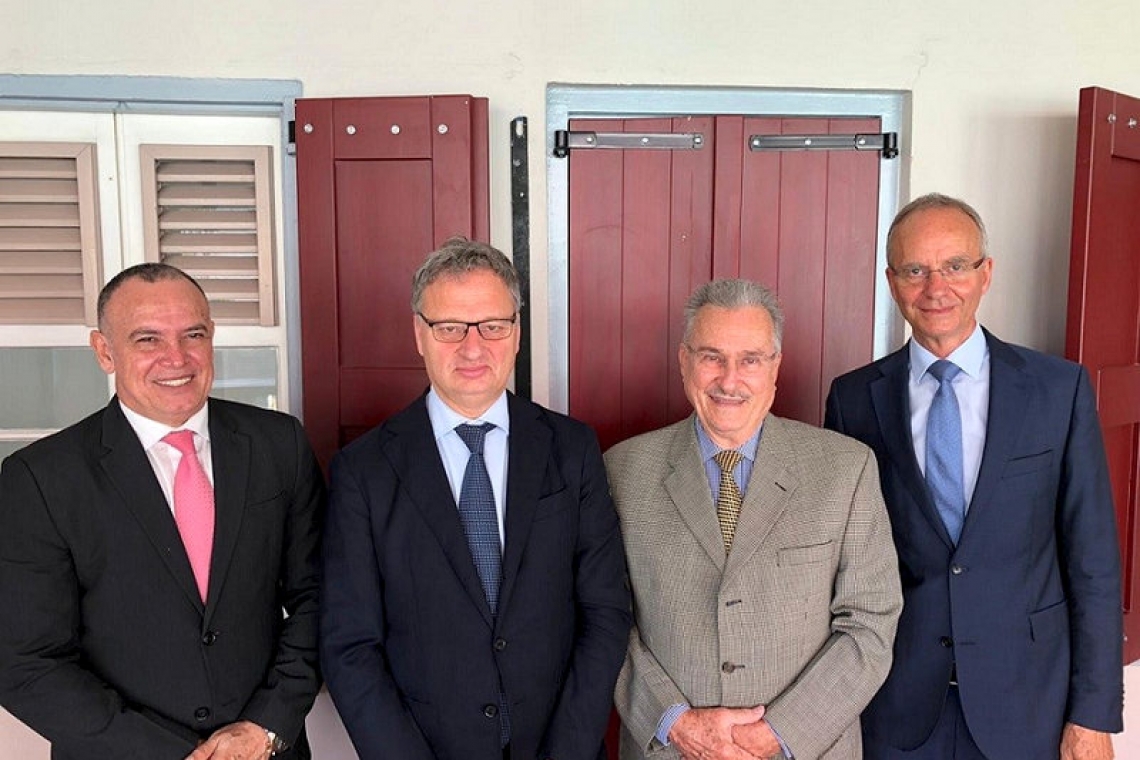 THE HAGUE–The Committee for Financial Supervision CFT has advised the Kingdom Council of Ministers to agree to a deviation from the central budget norm as stated in the financial supervision law to which Aruba, Curaçao and St. Maarten are subject – in other words, to allow the Dutch Caribbean countries to have a budget deficit.

Large budget deficits are expected for all three countries due to the enormous impact of the measures that have been taken to prevent the spreading of the COVID-19 virus. The closing of the airspaces has effectively halted tourism, and the economic and social consequences are far-reaching. Businesses will have to close and dismiss employees.

“This situation will result in the countries being unable to comply with the norms of the supervision laws. Aside from unavoidable budget deficits and an increase of the debt quota, the shortages of liquidity and foreign exchange and an increase of the debt quota will be or become an issue. The debt quota will show a structural deterioration of several years,” CFT Chairman Raymond Gradus stated in a letter to the Kingdom Council of Ministers dated March 24.

The initial scenarios drawn up by the Central Bank of Curaçao and St. Maarten (CBCS) paint a grim picture. The Curaçao economy will contract by between 4.5 and 19.4 per cent of the gross domestic product (GDP). A monthly budget deficit of NAf. 25 to 35 million is expected.

For St. Maarten’s economy, the scenarios vary between a growth of 0.8 per cent and a contraction of 29.2 per cent of GDP. A monthly budget deficit of NAf. 11 to 14 million is expected. For both countries the contraction depends on the duration of the period that commercial flights and cruise ships are not allowed to come in.

The situation is worse for Aruba: a 38 per cent contraction of GDP is expected in 2020, along with a budget deficit of 1.2 to 1.3 billion Aruban florins for the entire year. Aruba has the highest national debt of the three Dutch Caribbean countries and pays millions in monthly interest for (international) loans that it secured over the years.

The CFT advised the Kingdom government to urge Aruba and St. Maarten to adopt their 2020 budgets before May 1, and to have Curaçao adopt its first 2020 budget amendment as soon as possible.

Also advised is to have the countries report to the CFT on a monthly basis. These reports should provide an overview of available liquidity and are pre-conditions for handling requests for liquidity support. The CFT advised providing liquidity support in the form of loans and arriving at an agreement at an early stage about repaying these loans.

Considering the current critical status of financial management, there should be a control mechanism to ensure that the funds are spent correctly, but this should not result in bureaucratic obstacles, the CFT noted.

The CFT reminded the Kingdom government that all three countries already faced great challenges in the area of financial management before the COVID-19 crisis. The three countries have deficits on the revenue account and their debts have been increasing.

The Kingdom Council of Ministers will meet today, Friday, to discuss the effects of the COVID-19 crisis on the Dutch Caribbean countries. The countries have requested assistance from the Netherlands. During last week’s Kingdom Council of Ministers’ meeting, it was decided to seek an acute assessment by the CFT, with the input of the International Monetary Fund (IMF).

In a letter that Minister of Home Affairs and Kingdom Relations, Raymond Knops together with two other ministers and three state secretaries sent to the Dutch Parliament, it was stated that the countries would support each other where necessary.

There is a lot of contact with the countries. “In the highly exceptional circumstances of this moment, we are looking at whether we can enable the countries to deal with this crisis as much as possible based on the possibilities that the Kingdom Charter offers and exemption conditions in laws and regulations,” it was stated.