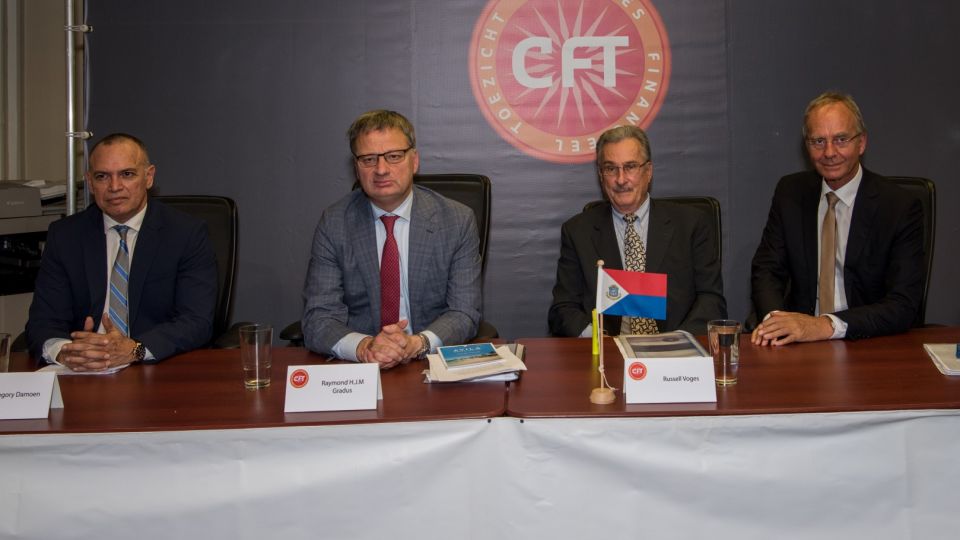 THE HAGUE–The Committee for Financial Supervision CFT wants to know when the St. Maarten government intends to carry out the earlier promise to cut the salaries of ministers and members of Parliament by ten per cent per October 1, 2018.

In a letter dated October 11, 2018, published on the CFT website this week, CFT Chairman Raymond Gradus asked the St. Maarten government to indicate in the explanatory note accompanying the second 2018 budget amendment when the Council of Ministers will take the formal decision about the pay cut and how to assure that Parliament takes a similar decision.

One of those measures concerned a 10 per cent reduction of the salaries of ministers and members of Parliament per October 1 on a voluntary basis.

“St. Maarten has already announced this intention in June 2018, but according to the explanatory note, the voluntary consent still has to be obtained,” it was stated in the letter to Geerlings.

The second cost-saving measure regarded the maximising of the cost of the ministries’ cabinets. The budget amendment showed a NAf. 0.3 million increase of the costs of the cabinets at the various ministries. The CFT urged to curb these costs.

The CFT had a number of financial, budgetary advices for the St. Maarten government. One of the advices was to conclude the process to adapt the law in the area of casino fees so this revenue can be budgeted for 2019 and can be collected. Government had initially calculated to collect some NAf. 3.1 million in (additional) casino fees, but this could not be collected due to the lack of the necessary legislation.

The CFT also advised government to be realistic about the NAf. 12.1 million that it aimed to receive from the government-owned companies in concessions this year. The amounts that government had calculated were NAf. 5 million from utilities company GEBE, NAf. 5.2 million from the Port of St. Maarten and NAf. 1.9 million from the Bureau of Telecommunications and Post.

The overview provided by government showed that up to September none of the concession fees had been paid. Considering the large impact of Hurricane Irma on the government-owned companies, the CFT considered it important to arrive at a payment arrangement or to lower the calculated revenues.

The CFT acknowledged that it is a hard task to draft a realistic budget due to the troubled financial and economic situation in which the island finds itself after the hurricane. Therefore, the CFT has advised to carry out further analyses of the tax revenues, especially of the wage tax and turnover tax which form the lion’s share of the revenues for government.

This especially concerns the planned investment in a sanitary landfill solid waste treatment plant. The budgetary amendment mentioned an amount of NAf. 18 million for the first phase of this project, while the total sum of investment was not clarified.

“Considering the fact that waste management has been earmarked as a priority reconstruction project, the CFT advises not to include the planned investment for the sanitary landfill solid waste treatment plant in the capital account. It would also be good to use the expertise of the World Bank with this kind of project,” CFT Chairman Gradus stated.

The CFT further advised to have the amount on the capital account for the Dutch Quarter sewage project, NAf. 2.6 million, correspond with the amount that St. Maarten has to invest in this project, namely NAf. 3.3 million. The European union (EU) is willing to co-finance the sewage project for NAf. 10 million, but on the condition that St. Maarten contributes NAf. 3.3 million.