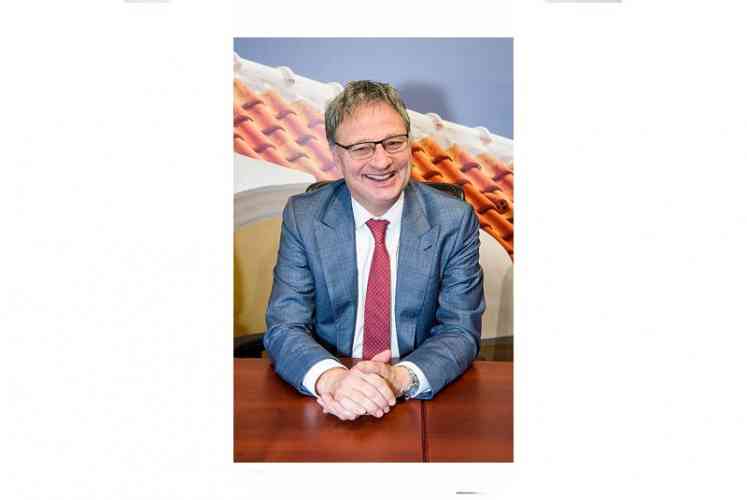 PHILIPSBURG–Every child who draws breath in St. Maarten does not receive a gift, but a hefty debt racked by government. The Committee for Financial Supervision CFT estimates, based on the current country debt, that each new-born, and each person living in St. Maarten, bears a NAf. 19,000 debt and that amount is expected to grow in these post-Hurricane Irma days.

The CFT figure of the debt per person is calculated on an estimated St. Maarten population of 45,000 people.

CFT Chairman Raymond Gradus said the country’s current debt-to-gross domestic product (GDP) ratio stands at around 38 per cent. That percentile is expected to grow due to government’s precarious financial situation and along with it the debt figure tagged symbolically to each member of the population.

However, St. Maarten does not have the highest debt-to-GDP ratio in the Dutch Caribbean. That lies with Aruba where the ratio is almost 90 per cent. Curaçao is at 46 per cent in 2018. The three countries within the Dutch Kingdom are working with CFT to curb their ballooning ratios.

In Aruba, the estimated burden government has racked per each new-born is NAf. 40,000.

A 35-40 per cent debt-to-GDP ratio is considered normal. St. Maarten was just above that prior to the 2017 hurricanes. That pre-hurricane level would have put the debt per new-born at some NAf. 15,000.

Gradus told The Daily Herald, “In all three countries since October 10, 2010, the debt-to-GDP ratio is increasing. There are many reasons for this, but the sustainability of public finance is one of the issues.” Tackling health care cost and making the pension fund viable are also pressing issues.

“In our view it is very important to discuss those things. … If they are not sustainable you cannot transfer them to the next generation,” he added. That outlook is why it is important for St. Maarten to strengthen its tax base and increase tax compliance, Gradus said, acknowledging that the Ministry of Finance has drafted plans to attempt to achieve these two goals.

“It is important that compliance goes up and expenditures go down”; this way “St. Maarten would give its public money to the really needed things,” Gradus pointed out.

The tackling of the perceived high salaries of Members of Parliament and ministers is also necessary to reduce government expenditure and ultimately the country’s debt.

The hefty debt hanging over every St. Maarten resident can be tackled by government strategically starting with increasing avenues of income, tackling the very large pension obligations and the sustainability of health care.

Collecting on outstanding large fees owed by the casinos must be acted on by government to better its financial position. Gradus said: “Why not collect those bills? Because that’s money on the streets.”

As for the size of the civil service, CFT believes “it is very important there is a more efficient government.” The administration must carry out its core roles such as tax collection, providing security and the safeguarding the environment, according to Gradus.

The changes in government in the past eight years have taken a toll on the country’s development and, looking ahead, CFT hopes for stability. “I hope there will be some continuity, not only in the government, but also in the administration. What is important is that the administration can play its roles as an independent advisor,” said Gradus.

Discussions about modernising the civil service are to form part of future meetings between CFT and the St. Maarten government, as was done with Aruba. “We had discussed this with Aruba when we were there. Aruba has the most civil servants of Dutch Caribbean and they have a large sustainability problem,” Gradus said.

The CFT’s existence as part of the financial management of the Dutch Caribbean has brought progress to the islands. Gradus said there is “an increase in transparency” in public finance. “You see that with more transparency there is more debate about public finance and in that debate CFT plays its role.”

That transparency in St. Maarten has taken, among other things, the form of a quarterly financial report from government to CFT. This allows for better monitoring and management of debt reduction and sustainability progress.

Another result of this transparency is “more confidence” in St. Maarten’s economy from institutions such as the International Monetary Fund (IMF) and private investors. “They see it as good there is this supervision from the kingdom,” Gradus said.

CFT is not the only institution to be credited for the improvement of transparency. Gradus said credit is also due to St. Maarten’s General Audit Chamber. The Chamber plays “a very good role” in the finance arena.

“Some small steps towards budget discipline” have been made in all three Dutch Caribbean countries. “There is still work to do; we are not there yet,” he noted.

Gradus strongly believes it is “in the interest of the people” of the islands for the governments to get their financial houses in order as fast as possible.

St. Maarten is yet to establish a poverty line. This is “an important debate” for the country to have on setting that line, Gradus said, adding that CFT does not have a role in marking down the line. However, having one in place will aid with better planning and use of public monies.

Knowing exactly where residents are financially will help in government ensuring “everyone pays their fair share of taxes. … That compliance goes up is extremely important.” That can only come from “efficiency of the administration” that ushers in cost-cutting methods. “Then you have more room for poverty and social policy, to deal with that well,” said Gradus.

CFT cannot say, “This should be the poverty line. That’s on the country. But what we will stress is: everyone should pay, especially in these hard times, their fair share of taxes.”