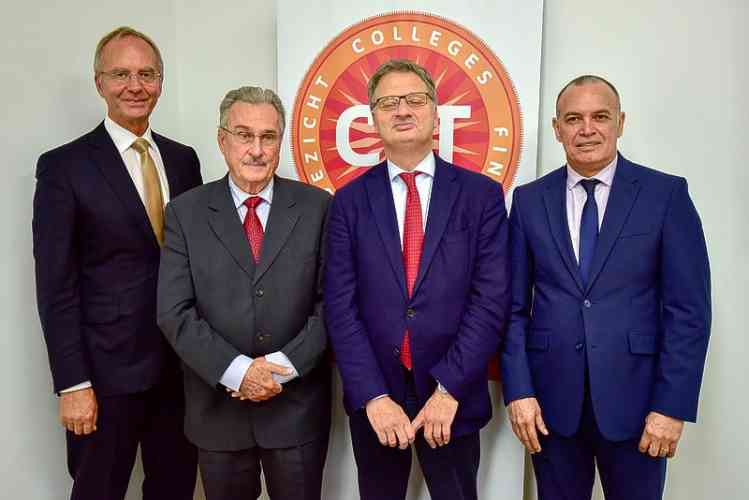 THE HAGUE–The Committee for Financial Supervision (CFT) is concerned that St. Maarten barely made progress on improving its financial management in the first half of this year.

The CFT stated this in a letter to St. Maarten Finance Minister Perry Geerlings dated August 29 in response to the second Execution Report of 2019. The CFT urgently advised the St. Maarten government to give the necessary priority to the project to improve financial management and to immediately start with the execution of the approved project plan.

During its visit to St. Maarten in June this year, the CFT urged the local government to prevent a further delay of the execution of the improvement plan. In the second Execution Report, which the CFT received on August 13, it was stated that a kick-off of the financial improvement plan would take place at all ministries in August.

“The CFT would like to be informed as to whether this kick-off has taken place, or when this will be the case, and what the subsequent actions will be. Good financial management is of great importance for an effective and efficient budget and accountability cycle. The CFT keeps expressing its deep concerns about St. Maarten’s budget and accountability cycle,” CFT Chairman Raymond Gradus stated.

In the Execution Report, the lack of financing is given as the main cause for the delay of the implementation of the financial management improvement project. “The CFT notes that there are sufficient funds in the 2019 budget to make a start, and that the project receives too little priority.”

The CFT also noted with concern that St. Maarten has a “considerable backlog” in the drafting, handling and approval of the annual accounts of 2013 up to and including 2018. “In the first half of 2019, insufficient progress was booked, which causes the backlogs to remain. The CFT is again requesting your attention for this.”

The CFT further pressed for speedy decision-taking by the St. Maarten Parliament on the revision of the pension system. The local government expects NAf. 8 million in additional expenditures as a result of the delay in decision-taking regarding the pension system, as well as the prolonged stay of St. Maarten inmates at Dutch prisons and health care cost that was budgeted too low.

The Execution Report showed NAf. 228.4 million in revenues and NAf. 229.2 million in expenditures. This means a deficit of NAf. 0.8 million, which is lower than initially budgeted. This was mainly caused by higher levy revenues for construction and building permits, as well as lower cost of goods and services. The payment arrears have been reduced by NAf. 25 million in the second quarter.

The cash position per late June 2019 stood at NAf. 84.8 million, an increase of NAf. 12 million compared to the first quarter of 2019. This increase was mainly caused by the second tranche of liquidity support for 2018 by the Dutch government.

St. Maarten has initiated the request for the third tranche liquidity support for 2018 already approved by the Kingdom Council of Ministers. St. Maarten has not complied as yet with the preconditions for liquidity support for 2019. One of the conditions, apart from a revision of the pension system, is a reduction of the salaries of Members of Parliament.

The debt quota stood at 39 per cent of the gross domestic product (GDP) late March 2019, but this percentage is expected to rise to 50 per cent by the end of this year if all loans that are part of the 2019 budget materialise.