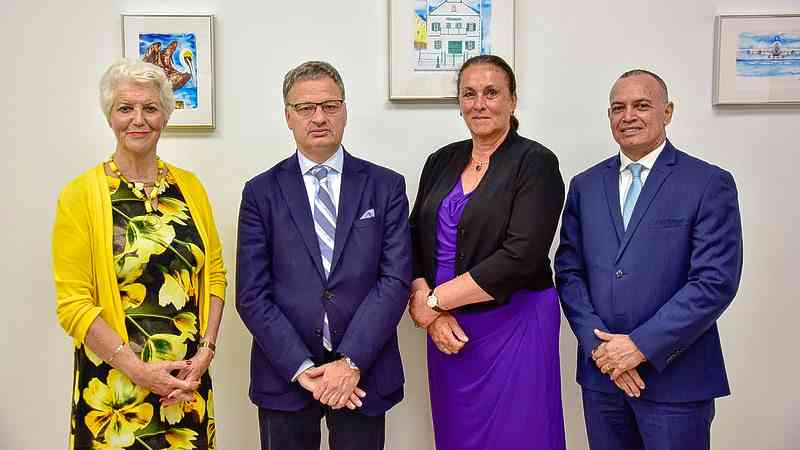 PHILIPSBURG–Cost-cutting measures, broadening the tax base and increased tax compliance are of the utmost importance to limit the country’s budgeted deficit, was the essence of the message of the Committee for Financial Supervision CFT yet again to government.

The CFT, throughout its almost a decade-long existence, has stressed the need for government to push for increased tax compliance by taxpayers, expanding the tax base and cutting expenditure.

Concerns regarding government’s precarious liquidity position and the current deficit were raised by CFT Chairman Raymond Gradus with government in the second quarter meeting this week.

”Despite the difficult situation, it is important to take measures to achieve a balanced budget again as soon as possible,” he said.
St. Maarten will be in need of additional liquidity soon to meet its financial obligations. Government has sent a request for liquidity support to the Kingdom Council of Ministers and this has received a positive advice from CFT.

The current challenges of St. Maarten regarding public finances were extensively discussed with newly-installed Finance Minister Perry Geerlings, “who acknowledged these challenges and elaborated on his own ambitions for the coming years.”

Important efforts were made by government to present various budgetary documents in the last few months. Not only was the budget 2018 finally signed off by the Governor, also the report on the second half of 2017 and the report regarding the first quarter of 2018 were received by CFT.

Although most of these documents were sent to CFT after their deadline, progress is made by St. Maarten in striving towards these deadlines. However, the annual accounts for 2013 through 2016 are still due, Gradus said in a press conference.

Although, government succeeded in decreasing the backlog in financial reporting, financial management remains inadequate and information technology (IT) problems continue to exist. CFT stressed the importance of technical assistance in this regard, as St. Maarten has not been able to improve financial management and solve the IT problems on its own.
CFT was informed that St. Maarten is indeed working on additional capacity to address these issues, but it has yet to be realised. The necessity for improving the budgetary cycle becomes more important to improve the quality of the reports and thus substantiate the liquidity need for 2018.

CFT met with Governor Eugene Holiday, the Parliament’s Permanent Committee for Finance, the Council of Ministers and Geerlings during this visit. CFT also met with stakeholders such as social and health insurance SZV, the tax office, the General Audit Chamber, Dutch Recovery Trust Fund steering committee member for St. Maarten Marcel Gumbs and parties involved with the reconstruction.

This visit of CFT marked the farewell of members Sybilla Dekker (the Netherlands) and Maria van Sluijs-Plantz (St. Maarten).

Dekker’s term started in summer of 2012 and ends July 1. Of her tenure, Dekker said, “This is my second visit since the hurricanes. I am aware of the enormous challenges lying ahead and the resilience of the people of Sint Maarten continues to impress me.”
Van Sluijs-Plantz moves on to the Council of State as St. Maarten’s representative per October 1.

As of July 1, CFT will consist of Gradus (chairman), Gregory Damoen (Curaçao) and Henk Kamp (the Netherlands). The successor from St. Maarten will be known soon.