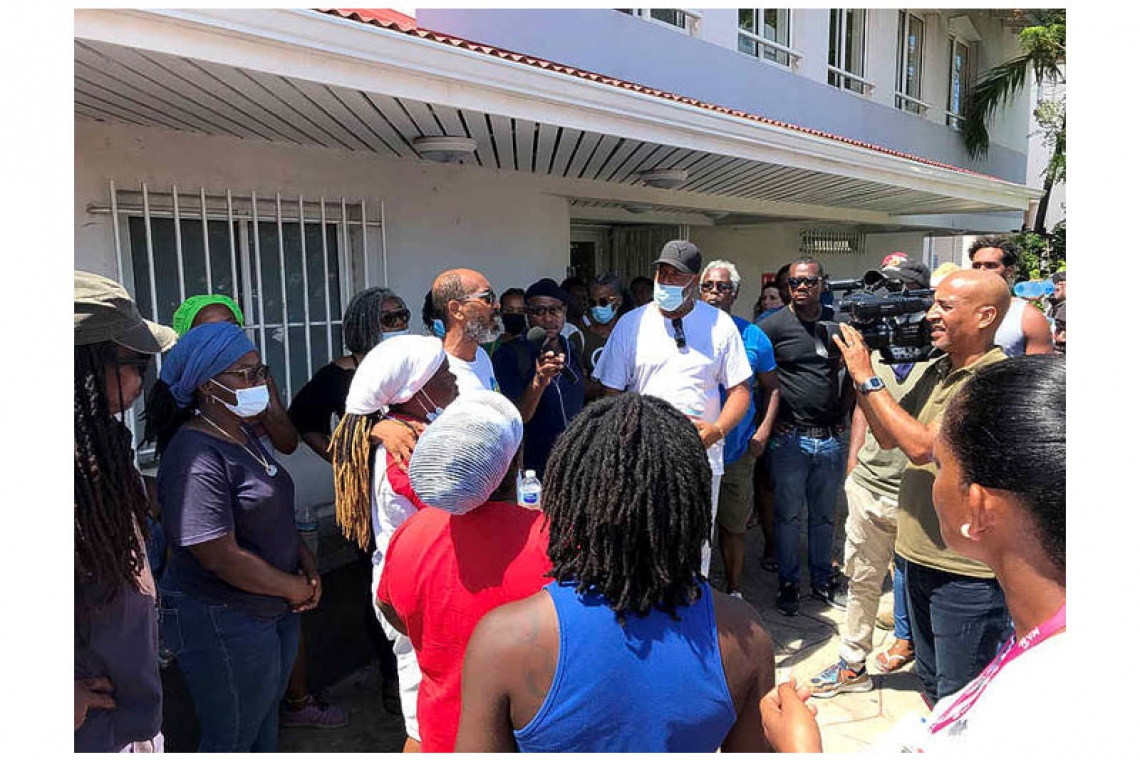 MARIGOT—The union representative and spokesperson from Conféderation Générale des Travailleurs de Guadeloupe (CGTG), Marceline Dessout, was detained by Gendarmes early on Monday morning and taken before the prosecutor regarding the on-going protests taking place outside the Louis-Constant Fleming Hospital against mandatory vaccinations.

Dessout told a large gathering of supporters and media outside the courthouse annex, including the main unions and collectives, that she had been given a “proces-verbal” reminder of the law and threatened with a 5,000 euro fine.

“I have been told by the prosecutor I will be condemned if I stand up in the public road again, tomorrow or whenever, and I will be fined,” she said.  “But I am going to stand my ground and I’m not moving from what I am doing.  If they want to put me behind bars I will go. I don’t anyone to think I am afraid and can be broken. I made up my mind. I can’t sit back and see injustice being done.”

The protestors have been accused of blocking the public road, but Dessout has vehemently denied this, stating that ambulances and deliveries of supplies have always been allowed to pass through to the hospital. The proces-verbal specifically states the offence as “hindering the circulation of traffic on the public road.”

“The prosecutor has a different interpretation of the public road than the protestors have,” commented UNI-T 978 union representative Francillene Paines. “This is a method of intimidation to stop her (Dessout). If they can break her, they think the movement will die. But the protest is about defending their jobs. How do you think people feel when they are told they are going to lose their jobs? These people are not mischievous or bandits on the side of the road, they are just defending their jobs. They don’t accept the compulsory vaccination.

“Remember these are the same people who were working and saving lives before COVID. I find it hypocritical to bring out a law and treat them this way and expect them to stay quiet and not stand up for their rights.”