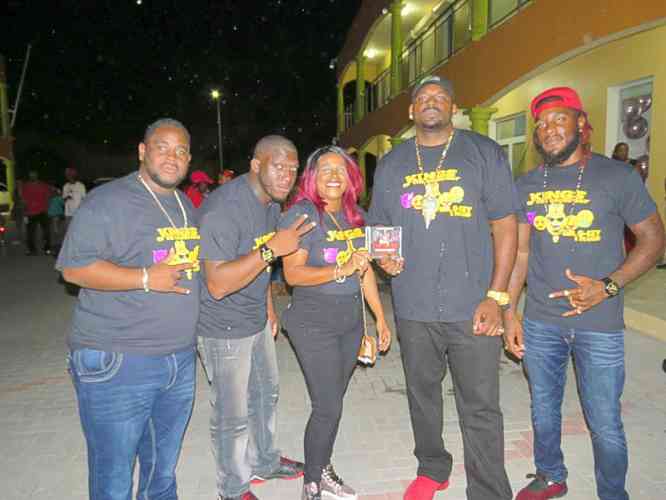 2018 Carnival Band of the Year winners Mr. O-Ezy and the TG Band launched their album for Carnival 50 at Miss Lalie Commercial Centre on Bush Road on Sunday evening, in front of fans and supporters.

The album “The faces they don’t want” features eight tracks from the defending champions who had Tropixx 105.5FM broadcasting live from the launch. The band thanked all those who came out and invited the public to join them for the Causeway Jump-Up next week.