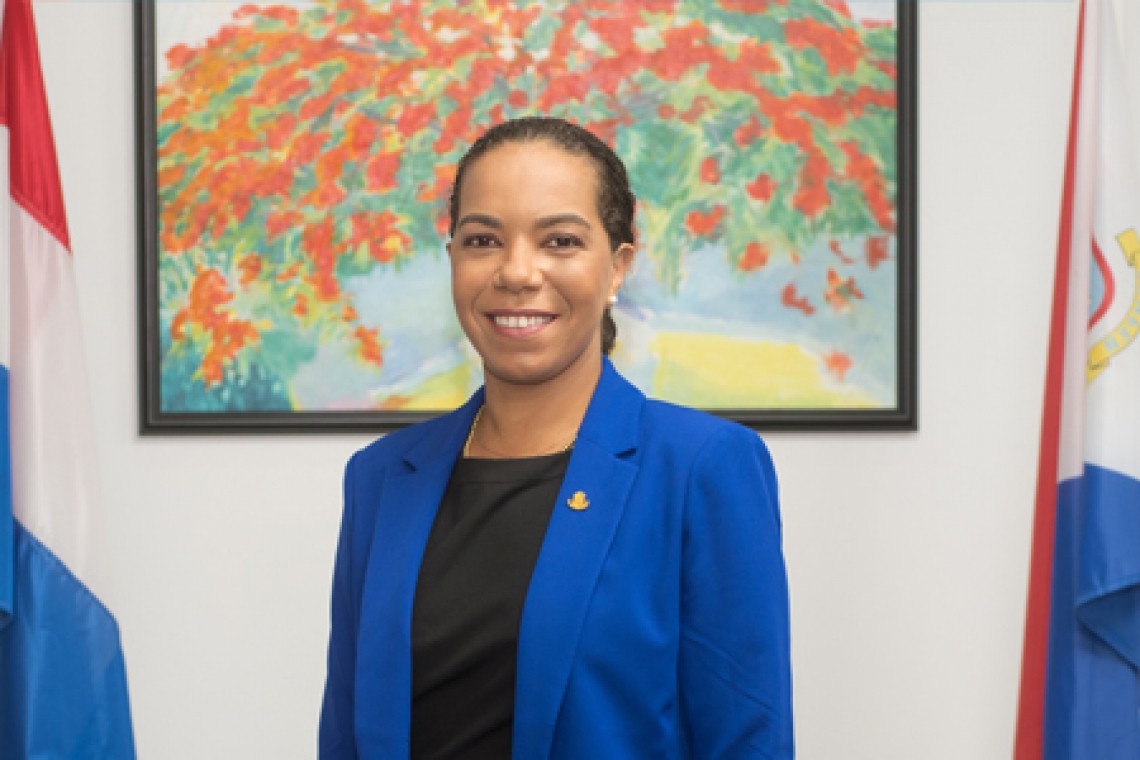 PHILIPSBURG–Changes to the travel requirements and associated health protocols will be announced soon and will be published on government’s official web pages next week, Minister of Tourism, Economic Affairs, Transport and Telecommunication (TEATT) Ludmila de Weever said on Tuesday as the featured guest on the Caribbean Tourism Organization’s online series “Plain Speaking”.

De Weever has said that the country’s travel protocols are being constantly evaluated and are subject to change.

When asked whether the country’s reopening to the United States (US) would happen on August 1 as scheduled, De Weever said that it is currently “in the books.”

“The thing is that what you don’t want to do is keep pushing dates [back – Ed.] with airlines because the airlines … have been absolutely understanding during this time [with St. Maarten’s requirements and changes]. … You do not want to keep telling airlines, ‘let me push it two weeks, push it two weeks [again]’.

However, De Weever also said that the decision to reopen is subject to continuous risk assessment. “I know that people tend to lose patience because you see that we are changing our protocols, we are changing our requirements, but at the end of the day we are looking out for our visitors as well as our residents.”

Mandatory health insurance for visitors and daily tourist quotas are being considered by government, said De Weever, adding that these measures have yet to be decided on.

She spoke in favour of mandatory health insurance.

“I think it is a brilliant idea because it allows the person to cover the cost of quarantine, cover hospitalisation costs, testing costs. I really like the idea. When I was looking into it about two months ago, I was looking at it from the perspective of allowing passengers, specifically the ones from the US and Canada, to be medically evacuated out, back to their country of origin,” she said.

According to De Weever, the country currently does not have the capacity to test persons on arrival at Princess Juliana International Airport (PJIA). She said this will not be in place until August.

Minister of Public Health, Social Development and Labour VSA Richard Panneflek said last week that the ministry was in the final stages of hiring seven additional health personnel to perform observational screenings of incoming passengers at the airport, which includes conducting COVID-19 tests.

When asked about the effect St. Maarten’s reopening to the US will have on the country’s border with the French side of the island, De Weever said government and French-side officials have been in talks for the past two weeks. She also said there would be a harmonisation of protocols between the two sides of the island, which is now set in place through a signed agreement.

“In the beginning there was a lot more concern for it because they [French side] were like, ‘Okay, we have to match what’s happening in France.’ But we’ve had talks now for the last two weeks. … We have now signed off on a protocol that we will have the same requirements for everyone coming into the island, on both sides of the island, which is now in place and it has been signed and agreed,” she said.

De Weever said government is to have another meeting with the French side to ensure further collaboration.

“We are looking at cooperating even more in terms of managing when we open up to US visitors, that we have shared services in terms of testing capacity. … We are looking for a way of how we can share the responsibility,” she said.

“We [St. Maarten] don’t have that chunk of passengers coming in. That also puts a lot of pressure on our local airline [Windward Islands Airways International Winair], which is why we are really limited in how long we can be closed for, because it has a domino effect down the board, not only to Winair, but to your tour operators, to your taxis, your hotels, your businesses, everything,” she said.

According to De Weever, St. Maarten’s hotel occupancy rate is around 20 per cent and most persons who have arrived in St. Maarten since July 1 have been staying on the French side or in private vacation rental accommodation.