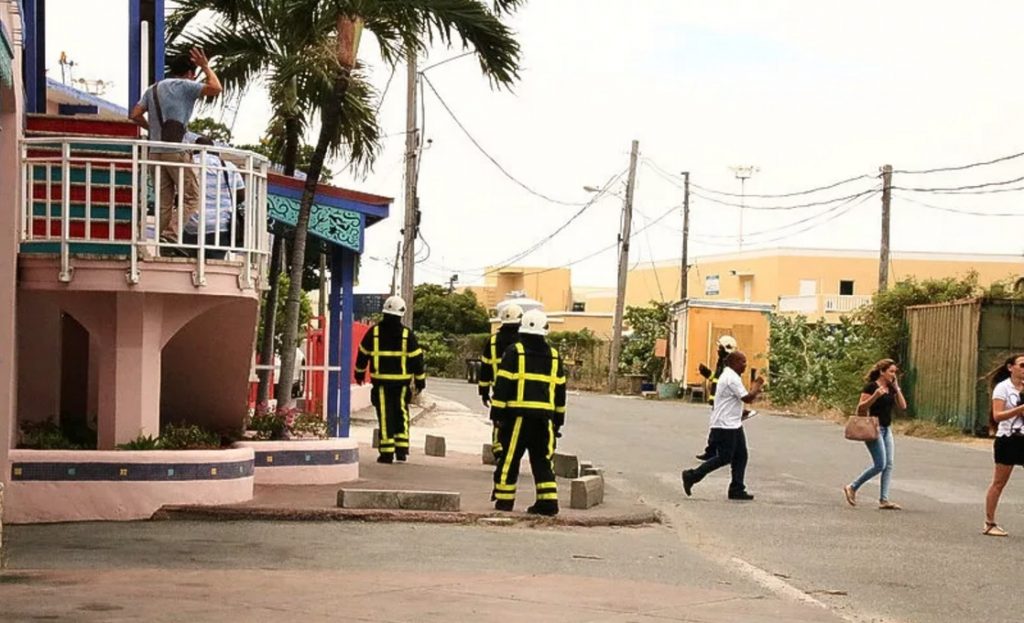 POINTE BLANCHE–Fire Department officials had their hands full on Tuesday morning, when they received word of a possible chemical leak in Pointe Blanche near a snack bar opposite International Liquors and Tobacco Trading (ILTT).

The snack bar owner called the Fire Department close to 11:20am, informing them that he had been noticing a foul stench coming from a container next to his business. He noticed that it looked strange and the chemical in the container was making its way through the metal wall.

Fire Department officials rushed to the scene and evacuated the entire area, including ILTT and staff, as a safety precaution. Fire-fighters proceeded with caution and conducted several tests to determine what kind of chemical they were dealing with.

Fire Officer on duty Silvanico Pauletta said, “We understand that the container has been there for close to 10 years, and we have no idea what is inside. However, we can see that the canisters are rusted and chemicals were oozing through them.

“Several tests were conducted and the chemical was not hazardous. To make sure that the area is safe we evacuated the businesses surrounding the area and we are trying to find out who owns the container.”

Fire fighters covered the container with a yard of sand after declaring the area safe. Investigators are attempting to find out who owns the container.

Traffic was at a standstill for a while, until the okay was given by authorities for traffic to resume.