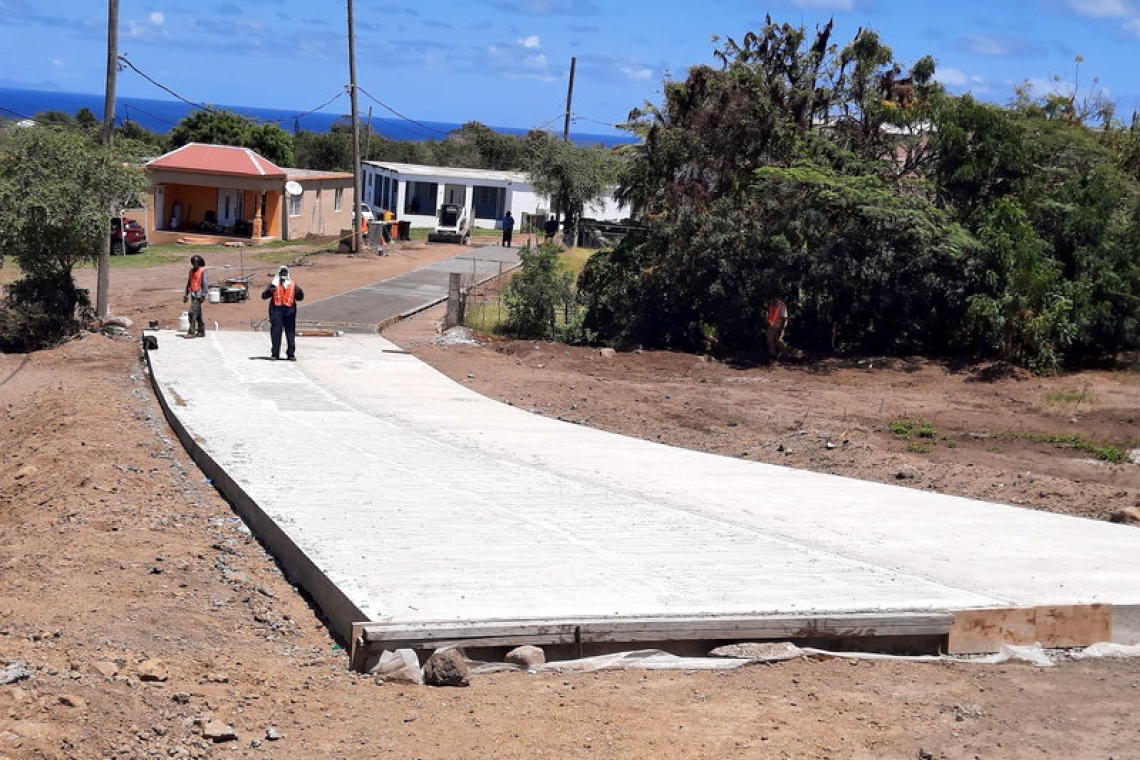 The Cherry Tree road project is overseen by the St. Eustatius Department of Spatial Planning and Management DROB and carried out by local manpower.

ST. EUSTATIUS–The Cherry Tree road project, which was awarded to a joint venture of Koop International and local contractor ARC Construction in 2018, overseen by consultants of Royal Haskoning, has resumed. The ground-breaking ceremony took place in January 2019, but the work ran into a variety of problems, ranging from finances and material to human resources, which caused multiple delays.

The initial contract between the island government and contractors was dissolved due to a disagreement concerning the design, management and execution.

The St. Eustatius Department of Spatial Planning and Management DROB is now handling the project and utilising local manpower to see the project to its completion. Former Government Commissioner Marcolino “Mike” Franco and former Deputy Government Commissioner Mervyn Stegers made the decision to have DROB carry out the Cherry Tree project after the initial contract was dissolved.

The Cherry Tree and Fair Play areas are primarily connected by dirt roads. The project will see the dirt roads replaced by concrete roads.

The delay with the project had a silver lining, as the underground cabling project, which was a result of a partnership between the public entity St. Eustatius and the 11th European Development Fund (EDF), could be installed in the area.
Work started at Schrupon Road, also known as Lampeweg, where workers were busy over the past couple of weeks. A cement truck poured a stretch of the road on Wednesday, March 25.

The resumption of the roadworks is welcomed by residents in the area who were confronted with lots of dust for more than a year. Heavy rainfall caused muddy roads which made the roads hazardous to travel for drivers and pedestrians alike.

The DROB has also paved dirt roads in White Hook over the past couple of weeks. Franco stated previously that the first phase of the Cherry Tree road scheme would be finalised before June 2020.