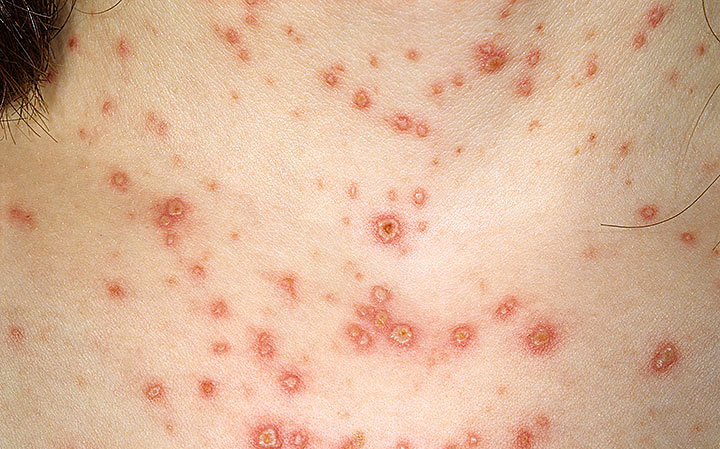 WILLEMSTAD–Many schools in Curaçao reported a spread of the chickenpox among young students in the month of December 2016, so Curaçao Chronicle felt it important to shed some light on this highly contagious virus.

According to the Centre for Disease Control (CDC) in the US chicken pox or “varicella” is a transmittable disease that causes a blister-like rash, itching and fever. The rash appears first on the stomach, back and face, then spreads over the entire body and causes itchy blisters accompanied by fatigue, loss of appetite and headaches.

Some people who have been vaccinated against chicken pox can still get the disease, but with milder symptoms. An infected person can spread the disease from one to two days before he or she gets the rash until all the blisters have formed crusts (usually 5-7 days).

It takes about two weeks after exposure to a person with chicken pox for someone to develop the virus, which usually attacks just once in a lifetime. However, if after infecting someone chickenpox hides in nerve cells it can come back years later and cause a painful disease called shingles (painful inflammation of the nerves).

Chickenpox is an “air and surface” attacker, whereby the cough or sneeze of an infected person sends droplets into the air and onto surfaces where others then take in the virus through their mouth or nose. Scratching the itchy blister may also send the virus into the air.

The most vulnerable people are those who were never vaccinated, pregnant women, as well as Aids and cancer patients. People are advised not to use aspirin-containing products to relieve fever in this case, as it can affect the liver and brain in children, according to CDC.

Last November Guyana health authorities said that more than 100 cases of chickenpox had been recorded at a secondary school. Parents need to ensure their child has recommended vaccinations and this has to be taken seriously also because adults are at increased risk of complications if they get it, like severe pneumonia, brain inflammation and bacterial skin infections.

Those who think they never had chickenpox, regardless of their age are urged to see a doctor for advice.