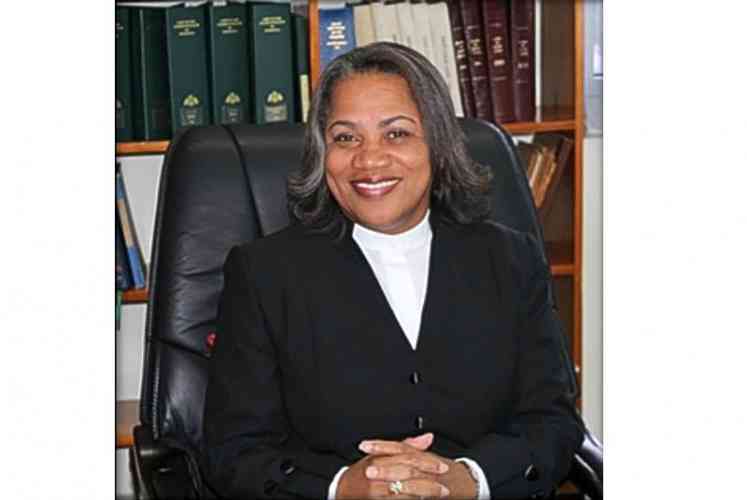 Chief Justice Janice M. Pereira delivered the Opening Address from St. Kitts and Nevis which was carried live via simulcast to Anguilla as well as the other eight Member States and Territories of the Organisation of Eastern Caribbean States (OECS). The theme for the opening address was “Challenges, Opportunities and Resilience: The Eastern Caribbean Supreme Court paving the way to a modern and efficient judiciary for the Eastern Caribbean.”

She began by noting that last year’s activities to mark the opening of the 2017-2018 law year had been scheduled to take place in Dominica, but Hurricane Maria had intervened, bringing all activities to an abrupt halt. She said, “It is my fervent hope that our region will be spared the ravages of any more storms this year.” She said the Court Headquarters had reached out to donor agencies for assistance to replace lost court equipment needed to return the courts to operational efficiency. She thanked the regional judicial counterparts, international donor agencies, court staff and judges for their recovery effort contributions for the affected member states and territories.

In the second part of her address, she discussed the court’s work over the past two years to reform processes to improve the quality of justice. She highlighted the Eastern Caribbean Supreme Court’s Sentencing Guidelines project, implementation of a Sexual Offences Model Court and Judicial Education and Training. She covered recent reform procedural efforts within the Court’s civil jurisdiction to implement and adopt modern, user-friendly, uniform procedures for estate probate of deceased persons, a harmonised suite of court filing fees and reforming administrative judicial processes through digitisation and Information and Communications Technology (ICT) for case management. She said the electronic portal would revolutionise the ease of doing court business across the nine Member States and Territories. It will soon be launched in St. Lucia and then rolled out to all Member States.

Stating that the lack of transcripts is an ongoing issue in prosecuting appeals, she said the adoption of modern equipment to generate real-time transcripts would facilitate access to and delivery of justice. Saying that many court facilities were antiquated and in need of total refurbishments and relocation, she urged the island governments to better fund their court buildings. She said that despite the many challenges in 2017, the court had maintained a busy workload schedule: 450 appeals were filed and the Court of Appeals heard 1,302 matters and delivered 881 decisions. She ended by thanking everyone associated with the judicial system for their continued professionalism and dedicated service despite the challenges.