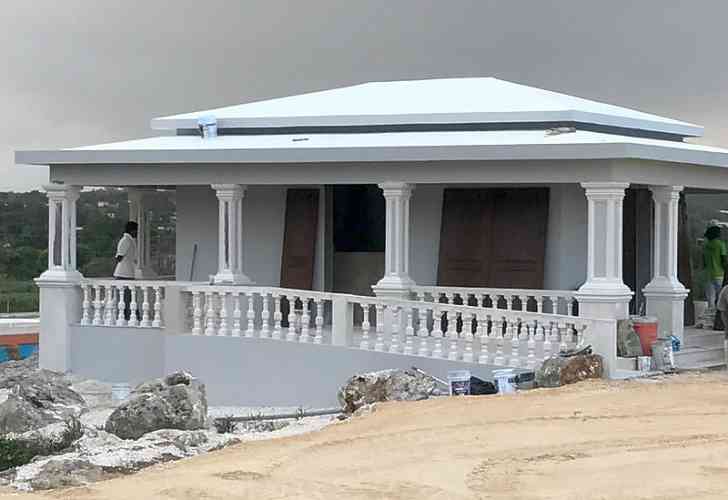 Mausoleum that was erected to honour Ronald Webster.

ANGUILLA–March 2 is celebrated each year in honour of Ronald Webster, known as Father of the Nation. To mark the occasion Chief Minister Victor Banks spoke to the nation. He said that Webster in his typical humility had asked a few years ago that no big fuss be made of the day. “But even as we recognise that wish it is important to the furtherance of nation-building that we never waste any opportunity afforded by a milestone to bring attention to the positive aspects of our times,” Banks said.

He stressed the influence that Webster had on the island and how he shaped the political development of Anguilla. “The overwhelming support for his vision from Anguillians all over the world was the foundation upon which the success of the Revolution was constructed,” Banks noted.

The Chief Minister said that today Anguilla is still searching for self-determination but at the same time noted that no country great or small can survive without relationships of one kind or another. Referring to the recent meetings of the Overseas Territories he said that the source of strength is in being united in the pursuit of common goals and aspirations. He said that leaders must make decisions on the greater good rather than the individual concerns of groups and Webster “led as all leaders must lead to pursue the greater good as he envisioned it.”

Banks referred to Hurricane Irma and the way Anguillians, residents and friends conducted themselves in the aftermath, noting that Webster would have been proud. “The resilience that we as an island demonstrated during the last six months is indeed rooted in the examples of that history of which the Father of our Nation was an integral part,” he said.

He concluded by thanking Webster’s wife, Cleopatra, and his entire family for supporting Webster during his life of outstanding leadership and service to Anguilla and its people. “On this national holiday to his memory we make a collective pledge to be faithful to the cause of building a nation, proud, strong and free. May his memory continually serve to refresh the vision of the founding fathers in our service to Anguilla.”

James Ronald Webster died on December 9, 2016, and was buried on January 12, 2017, in a mausoleum that was erected at Pope Hill in his honour.