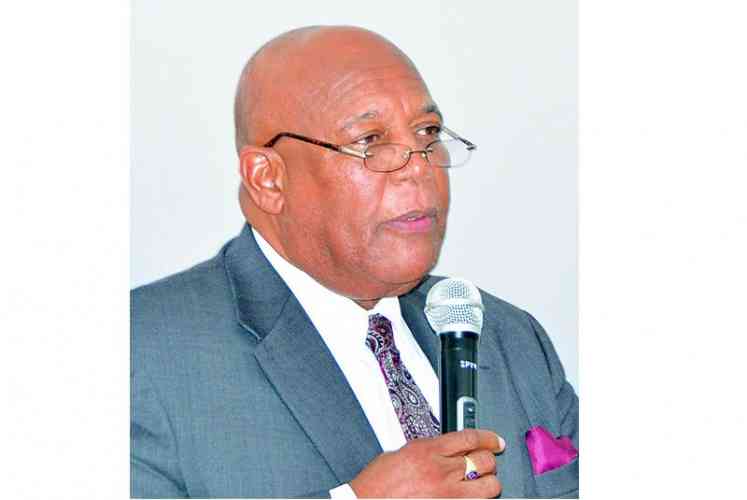 ANGUILLA–Chief Minister Victor Banks gave an address to the nation marking three years of the Anguilla United Front (AUF) Party being in office and forming the Government. He said his party was humbled by the tremendous vote of confidence it received at the last election with six of the seven seats allotted to it.

He said each year had brought challenges. The first year was dominated by the need to implement a banking resolution that protected and defended the depositors of the two indigenous banks. He said the National Commercial Bank of Anguilla had made great progress in the first two years since it began and was on the path to being the leading provider of banking services to the people of Anguilla as it had been in the past.

The second year the Government needed to solve the Cap Juluca issue and this was achieved with its sale in June this year. He said that under the memorandum of understanding (MOU), Belmond Inc. is to renovate and expand Belmond Cap Juluca and operate the upgraded facility as a five-star property with 113 hotel rooms. He said he visits often and is impressed with the progress being made with the new villas and upgrading of the hotel, and that they are employing some 300 Anguillians at the site.

The third year was marked by Hurricane Irma that destroyed and damaged many buildings including the hospital, schools and other government buildings, as well as churches and private homes. “We recognised that all Anguillians were experiencing similar emotions and therefore as a Government we knew that our response to this disaster would be critical to instilling hope and courage in our people. Despite these many emotions that threaten our island, your government did not give up.We did not and do not have the resources to re-develop the infrastructure destroyed so we needed regional and international friends and family.” He thanked the many people and organisations that have aided Anguilla after the hurricane, noting that during the next two years there would be many employment opportunities in construction and related industries.

“So my people, our three years in office were extremely tough ones for all of us – the Government, public servants, the private sector, civil society and the entire community alike. So let me at this juncture express my heartfelt thanks and appreciation to you the people for your thoughtful understanding and your quiet and calm patience with the decisions we have had to make. Your actions showed that you continue to have the confidence in your elected government to bring our Anguilla back on track. I ask you to remain focused and unshaken in this confidence.”

He said many projects were in the pipeline including Altamer, Conch Bay, the jetty at Sandy Ground, and the Community College. The Government is also working on the development of the Clayton J. Lloyd Airport through a private-public partnership.

He concluded by thanking his ministerial colleagues and the public servants and urging the people to continue to support Team AUF. “My people, as a government we could not have made the progress we achieved without the strong support of the members of the Anguilla Public Service. As a people we are blessed to have a civil service of highly qualified professionals, who are dedicated to seeing a better Anguilla for all Anguillians. I will not single out any particular members of my Ministries, but without their collective leadership we would not have made the progress achieved in so many areas. I sincerely thank all of you!

“I ask you to continue with my colleagues and I and your AUF Party on this journey, to fulfil Anguilla’s destiny – the Anguillian Dream. It is what we make of it. And I believe we are destined for greatness.”