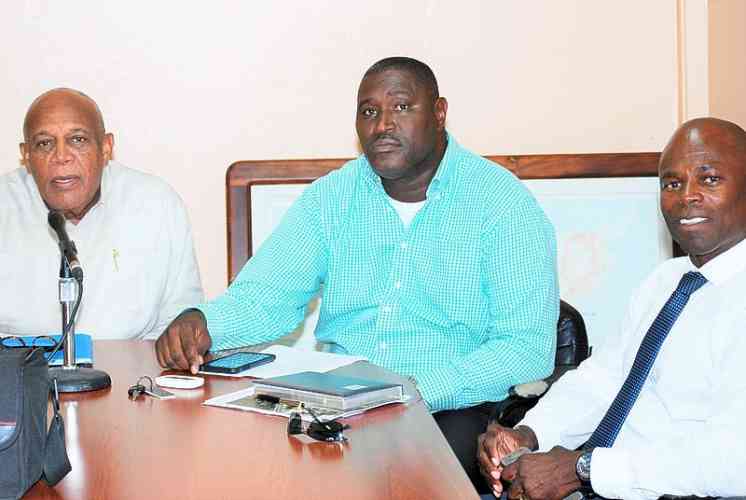 ANGUILLA–Chief Minister Banks held his first press conference of the year on Tuesday, January 9, to discuss key issues and was joined by the Minister of Infrastructure, Curtis Richardson as well as the Parliamentary Secretary for Tourism and Sports, Cardigan Connor.

Banks began by extending his condolences to the family of a young and respected Government employee, Calan Vanderpool, who died very suddenly on January 8.  A Customs Officer, he was an excellent public servant who was popular and well respected within the community.

Banks stated that it was important to discuss upcoming governmental issues for 2018, with one of the key issues being the budget. Budget discussions in the House of Assembly will not take place before the end of February to mid-March, during which time the Anguilla Government will work with the British Government to fine-tune and identify the allocation of the EC $220 million hurricane recovery grant received from Britain. He expressed Anguilla’s gratitude for the support of the British Government.

The recovery funds will officially become available on April 1, the start of the British Government’s new budget cycle. Banks covered the conditions for receipt and accountability of this grant, which includes the appointment of a United Kingdom (UK) funded financial advisor to the Government of Anguilla. He identified education and port access at Blowing Point ferry terminal as the two areas which will receive immediate attention and funding, stating that project planning will begin immediately and will include input from all stakeholders. He also highlighted the urgency of rebuilding the Albena Lake- Hodge Comprehensive High School.

Minister of Infrastructure Richardson reviewed and updated status of projects within his portfolio to include an ongoing initiative to compensate those farmers and fishermen negatively affected by the storm; the merger of the Fisheries and Agriculture Departments with the Environment Department; the acquisition of 20 to 30 Government vehicles to replace those destroyed by Irma; the completion of updated taxi regulations; providing street and additional safety lighting now that electricity has been restored to the entire island – before Christmas and without injury of  the technicians; the completion of the Fire and Rescue Station located at the Clayton Lloyd International Airport in April 2018; addressing Information Technology initiatives; continuing to pursue airport expansion and access; building a breakwater barrier to replace the reef destroyed by the hurricane, and the building of a new jetty at Sandy Ground.

Parliamentary Secretary of Tourism Connor announced that the Anguilla Tennis Cup will take place January 14 through 20, with more than 200 visitors expected to travel to Anguilla for this annual event.

Anguilla will be represented at Marketplace, the largest marketing event selling Caribbean vacation travel. It will be held in San Juan, Puerto Rico January 30 through February 1.