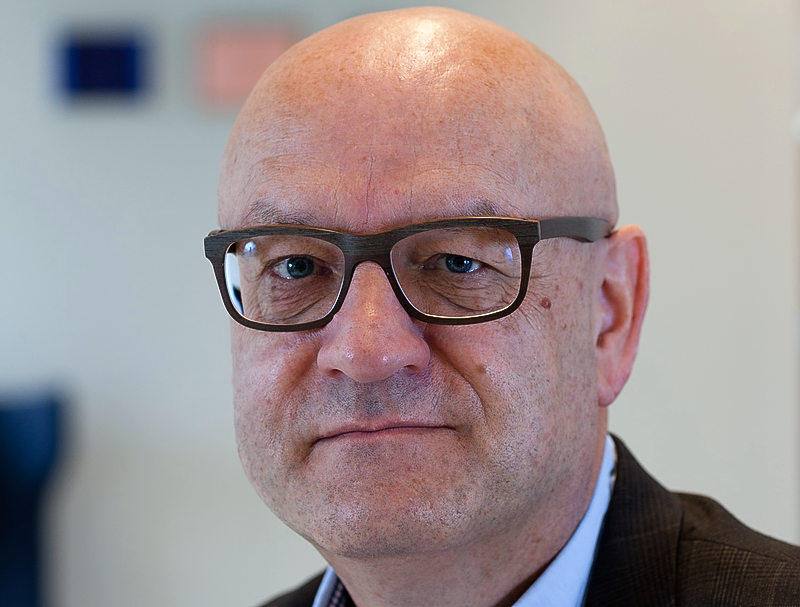 PHILIPSBURG–The holiday season traditionally is a time for reflection and contemplation. In looking back on the almost-past year 2016, Chief Prosecutor Ton Maan says he is “gravely concerned” about the state of affairs within the judicial partners in St. Maarten.

“Like I said in my speech during the installation of three judges on September 16, the Prosecutor’s Office is very concerned about the state of law enforcement in St. Maarten, because there is a lack of means, people and expertise. At the same time, society expects the police, the Prosecutor’s Office and the prison to uphold the criminal laws in creating a safe environment. However, like I also said then: the law cannot do it alone, which has also been proven in 2016,” said Maan, who has been St. Maarten’s Chief Prosecutor since January 2015.

“Extreme violence is no longer an exception. The possession and use of firearms is alarming, serious and undermining crimes are increasing; the threats are big,” said Maan in September. In countering the increase in violence, he said that law enforcement in St. Maarten is falling short in many areas.

“I point at finances, the means and information made available to the police, the Prosecutor’s Office, the Joint Court of Justice, the prison, and don’t forget the legal profession. … All these main players in law enforcement are being insufficiently equipped to do the hard work they’re supposed to do,” he said at the time. Three months later, his opinion has not changed.

“Besides, there was the ‘Efeze’ case involving arms trade and possession, the ‘Mahi-Mahi’ shooting case at The Westin [St. Maarten Dawn Beach Resort and Spa – Ed.], and, of course, the detainee [Omar Jones – Ed.], who was killed by gunshot by a fellow inmate at the Pointe Blanche prison. Too much to mention.”

Maan said he was “gravely” concerned about the situation in Pointe Blanche.

“The situation is not tenable much longer. In many aspects the prison does not meet the requirements of the law and human rights. The safety of inmates and guards cannot be guaranteed. Time after time weapons are found in cells and for the second time it was proven that detainees have firearms in their possession.

“The Prison Director, mark you, is suspect in an investigation by the National Detectives. Slowly, I start wondering whether it would still be justified for us as a government to send people to that prison.”

All these events cry out for re-enforcement of the judicial system in the form of more means and people, such as the activation of the police information system Actpol, more police officers, improved management and deeper involvement of society as a whole.

After the inauguration of his new Government, Prime Minister William Marlin said Government had spoken about more severe sentences for criminal offences, but also about the necessity to educate youth and to take preventative measures. Maan agrees.

“Like he said: ‘St. Maarten has to rest on a foundation of safety and security.’ I embrace that with all my heart. That foundation we will have to build together with Government and private partners,” Maan said in responding to the Prime Minister’s remarks.

An organisation such as the Prosecutor’s Office cannot allow itself to sit still. With its visionary document “Crime fighting in perspective 2016-2021,” which was published this year, the prosecution wanted to indicate in which direction the organisation has developed and how it should continue doing so.

“The three pillars are the further development of an integral approach to crime – criminal law cannot do it alone; improvement of the connection and communication with the community through a more active media policy and more direct contact with civil organisations; and the continued development of a professional organisation that is expert, careful, efficient and transparent,” Maan said.

In building on this document, the Prosecutor’s Office in this past year strongly invested in improved cooperation with the St. Maarten Police Force KPSM, the Kingdom Detective Cooperation Team RST, and with the Royal Dutch Marechaussees.

“In the past there was quite some distance between those four organisations. In the meantime, we can really speak of a very good cooperation built on trust, which is yielding results,” said Maan.

In hiring a professional Public Relations Officer, the Prosecutor’s Office paid more attention to actively providing information to the public. Where the investigations are concerned, the focus was in particular on serious crimes with a direct impact on the community, such as violent crimes, robberies and human trafficking and smuggling. Besides, attention was also given to the so-called crimes against integrity, in cooperation with the National Detectives (Landsrecherche), Maan explained.

In certain cases, such as in the election-fraud case involving United People’s (UP) party, the Prosecutor’s Office was accused of going after only the “small fish” while letting the “big fish” go free. Maan said the “reproach” that the Prosecutor’s Office would not go after the “masterminds” and main suspects in the case, and would only prosecute the “foot soldiers” who actually committed the crime, was unjust.

If one looks carefully at the cases that have been investigated by the Prosecutor’s Office this past year and at the suspects who have been prosecuted, the reproach of not going after the big fish no longer holds, the Chief Prosecutor said.

“Neither can the Buncamper-Molanus case, or the tax cases, the election fraud cases, [involving Member of Parliament Silvio Matser, for example – Ed.], or the cases against the Secretary-General at the Ministry of Justice [Udo Aron – Ed.], former head of St. Maarten National Security Service VDSM [James Richardson – Ed.], or against well-known owners of adult entertainment centres for human trafficking be regarded as cases against small fishes.”

Atlantis World Group owner Francesco Corallo was arrested in St. Maarten on December 13 on the request of the Italian authorities, who filed an extradition request. A number of searches took place and many assets were confiscated, among which were 170 apartments, boats and a casino.

Despite the fact that the well-known entrepreneur was also associated with committing crimes in St. Maarten and Curaçao, the St. Maarten Prosecutor’s Office did not launch an investigation against Corallo.

“Of course the Prosecutor’s Office is familiar with indications of possible criminal acts committed by this person. In weighing these indications, the known facts, the legal possibilities in connection with the current law in St. Maarten, and the required specialised knowledge have been taken into account.

“However, based on international treaties the Prosecutor’s Office is obligated to cooperate when a foreign country requests international legal aid or cooperation, like Italy did in this case. An integral approach could also mean that you take this into account in your considerations,” Maan explained.

All Government services are cash-strapped, including the Prosecutor’s Office. Nevertheless, its formation is in order, Maan stated. “In the past year we continued the reorganisation.”

After the departure of Youth Prosecutor Karola van Nie, who returned to the Netherlands in August, the Prosecutor’s Office no longer has five Prosecutors, but four. By contrast, the organisation increased its number of paralegals and administrative workers, which made the organisation’s backbone stronger.

“The other vacancy was filled by a new Prosecutor. And in January 2017 Jan Spaans will start working as the new Solicitor-General in St. Maarten at the Attorney-General’s Office,” Maan said.

Earlier this year, the Chief Prosecutor mentioned the formation of an Asset Recovery Team and combating high-impact, “undermining” and cross-border crimes as new elements in crime-fighting. In the past year, the Prosecutor’s Office brought several requests before a judge for confiscation of criminal assets, which were granted. “Increasingly, possessions and companies of suspects are being seized,” said Maan.

The Council of Ministers ordered a plan of approach for the formation of an Asset Recovery Team. This team is being formed now, will consist of members from all departments and will become operational next year. Experts from the Netherlands will also be made available.

“Thus we provide an even better ‘cross-pollination’ between the Prosecutor’s Offices in the Dutch Caribbean. I hope that other departments will also start working together in this way,” Maan said.

According to Maan, however, the project is far from running optimally. “The consequences of a lack of human resources and means is also felt here, but the Chief of Police and I are fully behind this project and will continue it.”

“For example, I am absolutely dissatisfied with the way in which the Prosecutor’s Office is making case files available to the Courthouse and lawyers. Too often too late, too often incomplete. That must be seriously improved in 2017, but it also concerns very important aspects such as paying attention to the victim. As an organisation, we are still way too much focused on the perpetrator alone, without keeping an eye on and paying attention to victims. Despite good intentions that has not become daily practice as yet.”

“I wish the entire population of St. Maarten a New Year in which every individual may find his or her health and happiness, and in which we will all be working together towards a safe St. Maarten,” the Chief Prosecutor said in closing. 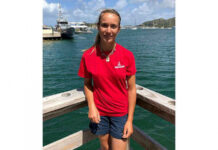