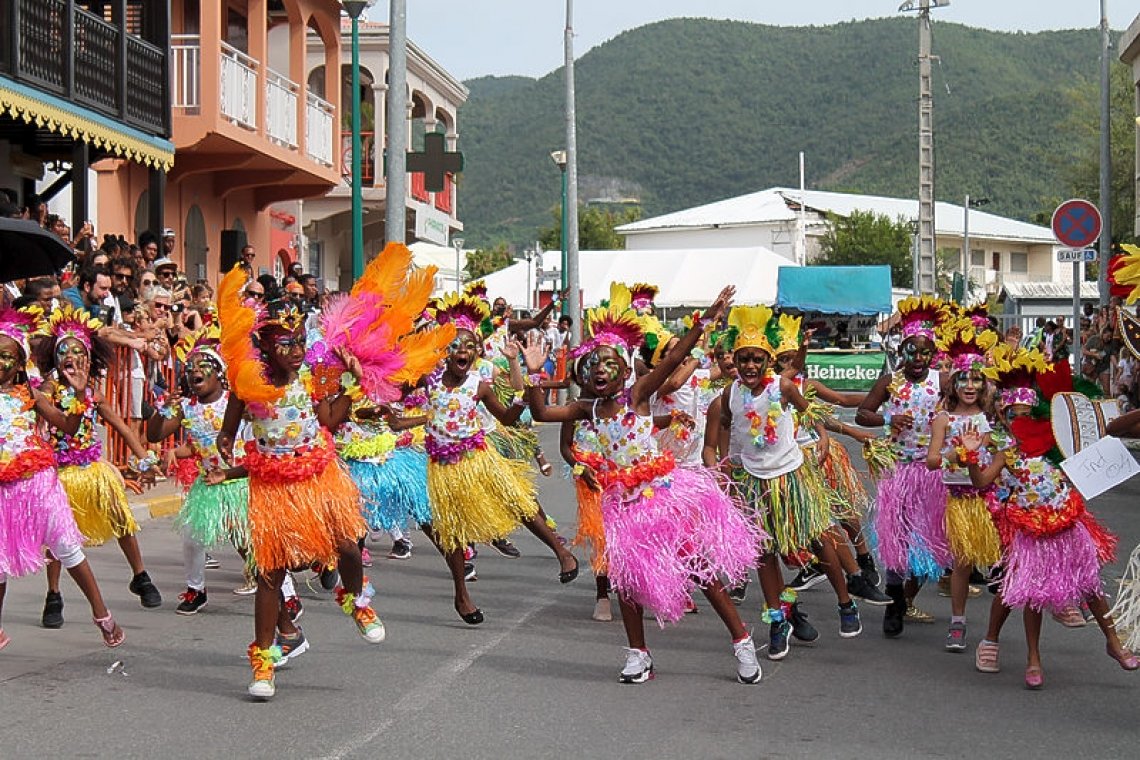 MARIGOT–Just three schools and one association participated in Sunday’s Children’s Parade in Marigot, the first event of the 2020 Carnival programme.

The small number was attributed to the social unrest and protests in December followed by a long period of teacher strikes causing schools to be closed periodically, the Carnival committee said.

The short lead-in time meant most schools, if not closed, did not have enough time to prepare. Nevertheless, the parade went ahead as skies cleared after a morning of cloudy, windy weather and intermittent rain showers. The participants included Hervé Williams School, Marie-Amelie Leydet School, and the French Quarter College. The Tournesol Association, which looks after the handicapped, also participated.

For choreography, 70 points were awarded for performance, creativity, synchronisation, cohesion, coordination, timing, and impact on the public. Results are usually announced at a later date.

“We still had very colourful troupes today, but unfortunately, due to what happened in December and the strikes, it’s a smaller parade,” said Carnival committee member Claudine Mingau. “I want to thank the teachers of the schools who made this big effort today. These are some of the things that the committee has no control over. Hopefully next year we will have the volume that we used to have in the past.”

The parade also included appearances by the senior and junior Carnival Queen contestants riding in open-topped cars. The Miss Junior Carnival pageant will be held at Princess Port de Plaisance at 3:00pm Saturday, February 22, followed by the Miss Carnival 2020 pageant at 8:30pm.

The grand finale of “Get Fit to Fete” is next on the Carnival agenda, at Jean-Louis Vanterpool sports hall at 7:00pm Friday, February 21.