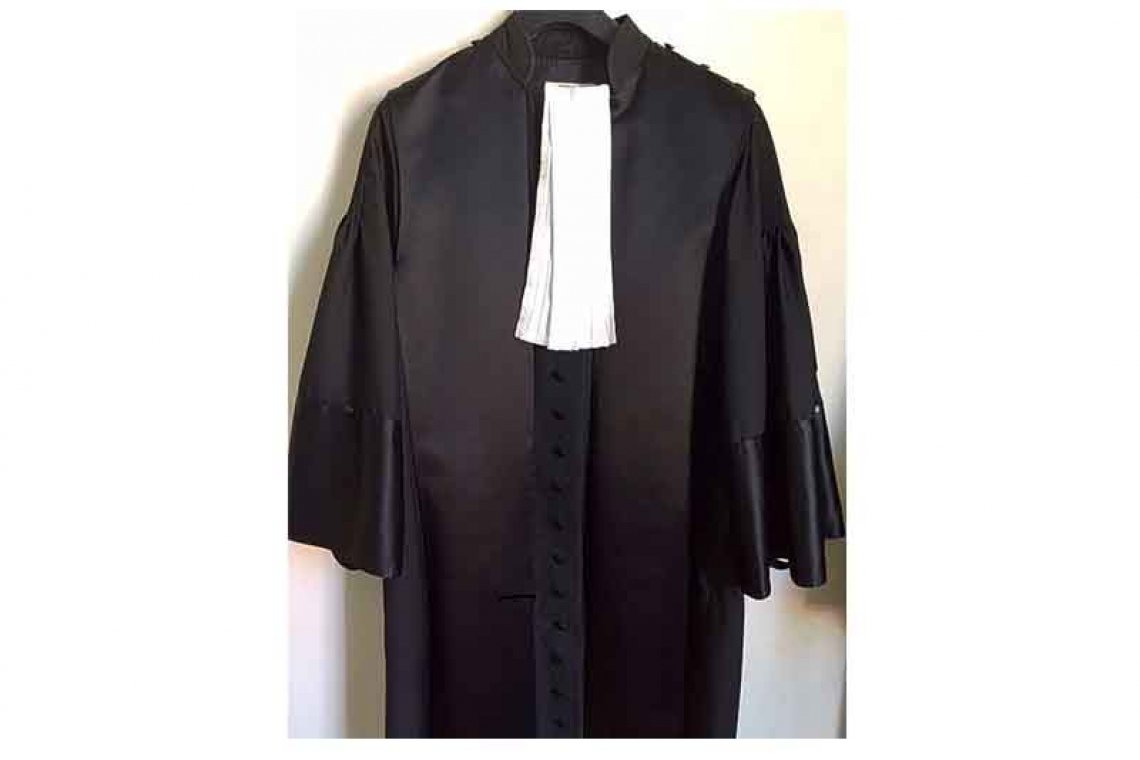 PHILIPSBURG–The Court of First Instance sentenced two suspects who were both found guilty of involvement in the armed robbery of Dragon Garden Chinese restaurant on October 4, 2019, to four years’ imprisonment, two years of which were suspended, on three years’ probation. Both men were also found guilty of illegal firearm possession, the judge said Wednesday.

Defendants Olises Dion George (29) and Jackinson Saint Felix (19) both confessed to the alleged crimes, which they committed together with a third suspect whom they declined to identify and who is still on the run.

George, who had read out a statement in which he offered the Court his apologies for his actions, during a preliminary hearing of this case which took place on February 12, was facing five years in prison.

The Prosecutor, who held Saint Felix for an accomplice in the armed robbery, had requested four years in his case.

Besides his involvement in the robbery as the driver of the getaway car, Saint Felix was also found guilty of possession of a knife. He had the butcher’s knife on him near a supermarket in the vicinity of Milton Peters College during an impending confrontation of school-age youth on October 23, 2019.

Previous convictions for violent crimes show that the young delinquent does not hesitate to use such a weapon. “With that, the suspect has shown that he poses an imminent threat to society and that also requires a deterrent sentence,” the judge said.

In the evening robbery, which took place 19 days earlier, restaurant staff and customers were confronted by two robbers. One of them took the contents of the cash register, which consisted of the restaurant’s daily proceeds of approximately US $100, six telephone cards with a value of $10 each, and $110 from the sale of telephone cards.

The judge stated in the verdict that the proceeds of this robbery were in “sharp contrast” to the punishments. “It is incomprehensible and thoughtless that robbers are willing to risk years of imprisonment for such a small amount – even in a country where security cameras abound and excellent investigative methods are used so that the chance of being caught is considerable.”

In sentencing, the judge took into consideration that the suspects had also shown a different side of their personalities. George had taken responsibility for his acts, had provided insight into his reasons for committing his crimes, had offered his apologies and seemed to be “honest and authentic,” the Court said.

At the time of the robbery both suspects were valued employees in the kitchen of a well-known restaurant. At the moment, George is working in the kitchen of the Pointe Blanche prison and Saint Felix has not yet given up on his plans to become a chef.

The good expectations for Saint Felix’s future also came to light during the hearing, with the judge saying he had taken responsibility for his acts during police questioning.

However, the judge did not follow the recommendations of Foundation Judicial Institutes St. Maarten SJIS to impose community service, as this was not considered a punishment “with a deterrent character.”

SJIS did not recommend unconditional prison sentences as these were considered detrimental to the behaviour and further development of these two suspects.

However, the Court did impose partially suspended prison sentences with extended probationary periods, so that both suspects could be given the opportunity to resume their jobs and training sooner, under Parole Board supervision.

Attorney-at-law Sjamira Roseburg had pleaded for George’s acquittal of the illegal weapon charge, whereas her colleague Geert Hatzmann had pleaded for a lesser sentence for Saint Felix.