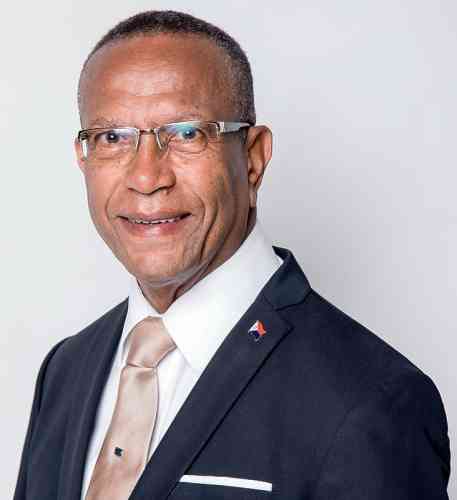 EBENEZER ESTATE–St. Maarten Christian Party (SMCP) is “hopeful for a national parliamentary coalition, if this is not possible then the broadest possible based coalition, said party leader Wycliffe Smith. The party earned one seat in Parliament, its first ever, in the February 26 snap elections.

The party is “ready to serve” the people for a change in the legislative and executive branches of government, Smith said in a press statement.
The Member of Parliament-elect also expressed his party’s elation with Governor Eugene Holiday’s appointment of two informateurs – Jan Beaujon and Nilda Arduin – to carry out the exploratory work on the formation of a stable and lasting coalition government for the country.

“After March 12, the people will hear which parties agree to form a parliamentary coalition and why they believe that they can work together during the coming four years,” Smith said. “Parties are now required to reflect on how they intend to move the country forward once in Parliament.”

“People are so accustomed of hearing which parties ‘form the government’ the day after elections that they are all wondering now what is going on. Let me assure you that even though you do not hear anything, a lot of work is going on behind the scenes.”
SMCP believes that this phase – the exploration for the informateurs – “can also serve as a cool-off period. After all, political parties and their candidates have just campaigned against each other. They may have said negative and disparaging things about each other. If such is the case it is impossible to immediately forge a relationship.”
The practice of immediate coalition “has proven not to be effective, because within a matter of months, coalition members would realise that they were unable to work together in the coalition,” he said.

Phase one of the formation process enables party leaders to concentrate on what mandates they will give to their MPs with regard to legislation, supervision of government, budgetary control and interaction with the public, he said.

The informateurs’ role is to gather information from parties with seats in the incoming parliament concerning their vision, philosophy, principles, plans and projects, etc. They would then be able to ascertain fundamental differences, compatibilities and common aspects, non-negotiables. After compiling all information, it would be much easier to ascertain which parties would be best able to form a durable coalition for the next four years.

The next step is the appointment of a formateur by the governor to put the coalition/government together.