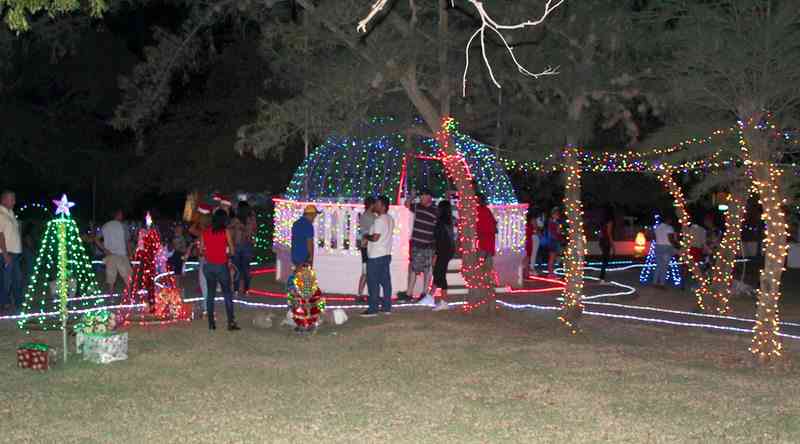 Christmas lights on display at Wilhelmina Park in St. Eustatius.

Wilhelmina Park was beautifully transformed with a variety of Christmas lights, signs, trimmings, messages and holiday greetings, all due to the hard work of Dominican Association members.

After the tree-lighting event was introduced, the different villages on the island also lit trees in years gone by, but nowadays only the Dominican Association has kept this tradition alive.

Dominican Association President Milindy Lara-Reyes addressed association members briefly. “For 15 years you guys have taken part in this event to make it happen, so let’s move forward and put on the lights,” he said.

After the lights were switched on, many persons took photos of themselves to document the night. A photo studio was also set up so people could have their photo taken to commemorate the event. Quite a few attendees were decked out in Christmas red and white outfits and hats.

After the official lighting ceremony visitors enjoyed food and drinks, while others were seen dancing and singing to the music that was played.