Home Local News Citizen groups say ‘No’ to PPRN in its present form | THE... 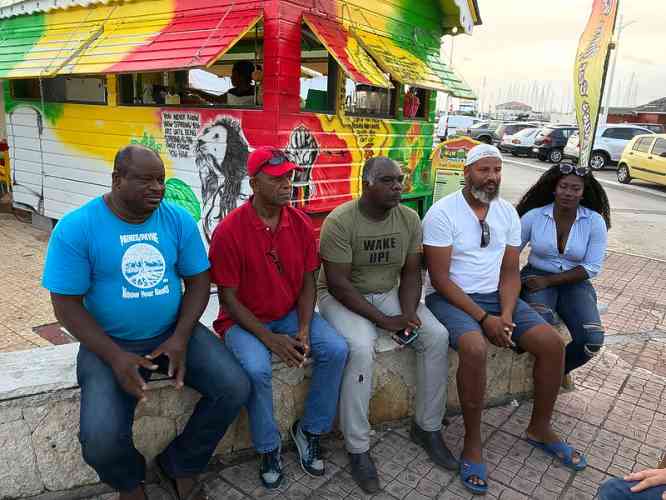 he revised natural risk prevention plan PPRN in the way it has been presented by the French State to the population in the last few weeks.

The announcement precedes a general meeting called by the groups and planned for Tuesday, July 9, at 6:00pm in Lazy Bay car park in Marigot. The population is asked to attend.

The general public meetings and the consultation meetings in the four districts on the PPRN have now concluded. However, the public enquiry continues until December to review proposals from the population. It is understood the Collectivité has requested more time to study the PPRN, which could then delay validation of the document expected at the end of December.

“We are saying no to the PPRN in the way it has been presented to us, and because the State is not listening to us, said Cedrick André. “We say no to the way it is being imposed on us in a discriminatory way. It is causing confusion among St. Martiners. We don’t want a PPRN that excludes the people. The PPRN must help the population to be comfortable where they live, to aid the construction of their houses to avoid expropriation.”

While the PPRN states it will not order expropriation, sceptics argue the State intends to practice a form of “indirect” expropriation over a long period of time, or “expropriation by strategy” as one of the group members, Luc Wellington, described it.

André acknowledged different groups have been meeting on the PPRN issue, but declined to mention names. André on two occasions has proposed to the Préfète that a commission be set up that will include State representatives, elected officials from Collectivité majority party and opposition bench, and two representatives of each of the district councils, so the population is better represented and can be more involved in the decision-making. He warned of the consequences if this commission is not set up.

“We want to decide our own future, not to have something pushed onto us,” André added. “If many people are dissatisfied there must be something wrong. This concerns the whole of the French side, our land, our way of life and the future of our children and grandchildren. Yes, Hurricane Irma was a disaster and changes need to be made, but it is not as though we have not been through hurricanes before. We have always been able to adapt. The point is the State needs to listen and respect the population.”

Ange Matime commented: “The PPRN is being decided by people who don’t know the islands and the climate we have. Decisions are being made based on one bad hurricane, but many hurricanes came before this one. No one had complaints about the PPRN in 2011. Everyone stayed where they were. So, what about the houses that got destroyed in the mountains? No one talks about them in the plan. It’s ridiculous.”

Added Luc Wellington: “The way this plan has been presented is 110 per cent discriminatory. President Macron said it himself, ‘This misfortune of Irma will be the opportunity to recuperate some land by expropriation.’ It is clear the Préfète has an obligation to deliver the PPRN to protect herself, but at our expense. St. Martin is the only place where the State does not have any property and it wants that to change. The people have to stand up now. I for one will not sit back and watch my children and grandchildren suffering.”