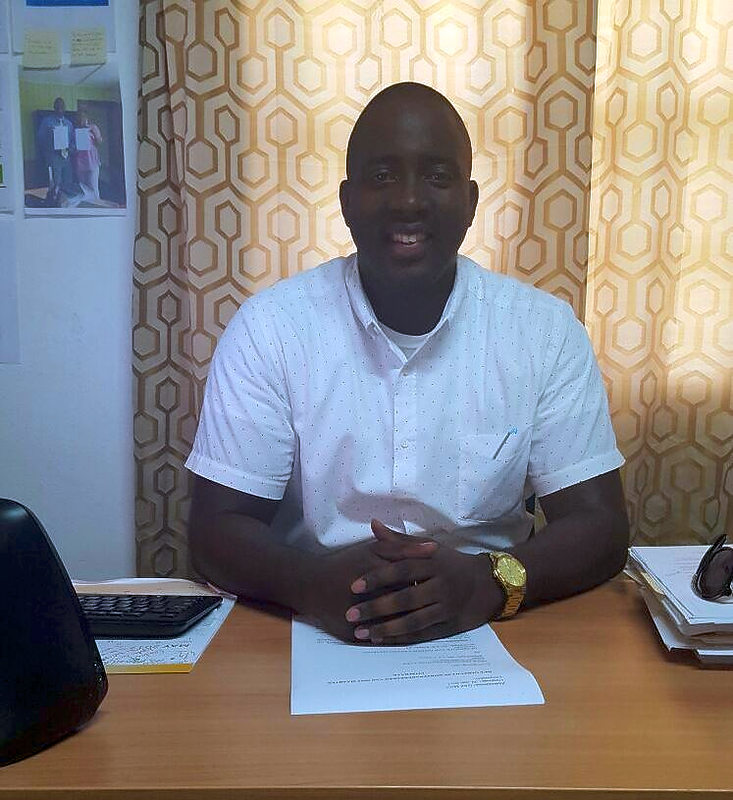 PHILIPSBURG–Police Major Henk Lake had no choice but to take Government to court, forcing it to rectify his position in the National Detectives Agency. Inspector Lyndon Lewis, fresh from his win against Government in connection with twelve police officers, represented Lake in court recently.

The court on Tuesday gave Government four weeks to rectify Lake’s position in the National Detectives Agency, which falls under Minister of Justice Rafael Boasman.

Lake has been a police officer, employed under the former Central Government of the Netherlands Antilles, since 2002. He was employed as a National Detective with rank of Police Major (Hoofdagent) at the National Detectives Agency on December 1, 2011, based on a one-year binding civil contract.

Thereafter, he never received his National Decree in permanent service or his correct rank and salary for the position he held as tactical officer (Tactische Rechercheur). When joining the National Detectives Agency, officers are promoted to the rank of Inspector.

Lewis said in an invited comment to The Daily Herald on Tuesday that, based on the misleading information given by department head Police Commissioner Ademar Doran, he had not been promoted to Inspector or Chief Inspector.

“Doran was spoken to on different occasions to get the position of Mr. Lake rectified, but this went on deaf ears. It left Lake no choice but to seek legal assistance from me. I began writing letters on behalf of my colleague, addressing former Minister of Justice Edson Kirindongo and current Minister of Justice Raphael Boasman on the matter. None reacted to the letters of Henk Lake,” said Lewis.

“It left my client no choice but to go to court, because department head Ademar Doran began to get personal with him. Doran also employed about four National Detectives after Lake was put there in service and had all of the other colleagues promoted to the ranks of Inspector and Chief Inspector, and left Lake behind without his permanent decree or his long-awaited promotion to the rank of Police Inspector.”

The final letter forwarded to Minister Boasman gave an ultimatum to give a reaction by February 28, 2017, and told the minister that if no response was received with regard to Lake’s claims, the matter would further be handled in the court. Lewis stated that Boasman had not responded, and that led to the current court case.

In its verdict, the court also ordered Government to pay Lake’s legal fees of NAf. 1,400.

Some 12 police officers started legal proceedings against the Governor of Country St. Maarten in August 2016. The case had to do with their contested dates of appointment (aanstellingsdatum) and remuneration since working for St. Maarten’s Police Force.

Lewis took on the 12 officers’ cases, and personally defended each of them for well over two hours in Court on November 21, 2016, with the officers present. This caused Lake to seek out Lewis to help him with his case. Lewis is not an attorney, but he acquired knowledge of the civil laws and was able to represent himself two years ago in his own case against the Ministry of Justice.

Lewis is happy with the verdict and hopes that Minister Boasman does the right thing and rectifies his client’s position in the all-important National Detectives Agency.