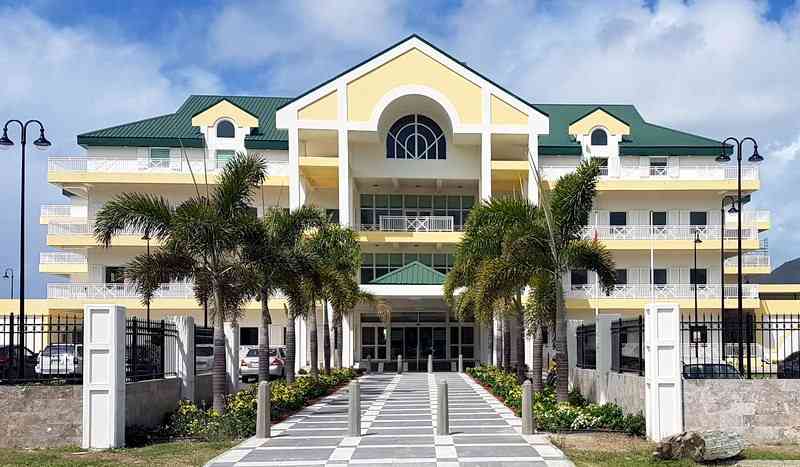 PHILIPSBURG–Government workers will end up with more pension at the end of the month under the proposed average-pay system contained in the draft National Ordinance for the Revision of the Pension of Civil Servants, which was discussed during a public plenary session of parliament on Friday.

General Pension Fund APS Pension Administration and Reporting Manager Oscar Williams outlined the key differences between the current end-pay system in which the pension is calculated based on the last salary of a worker and the proposed average-pay system where the pension will be based on an average of the worker’s salary for his or her entire civil service career.

Williams said that for the current final-pay system, the worker’s last salary serves as starting point for the pension accrual and each year the accrued pension is adapted to the most recent pension base as though this applied throughout the entire service career. Also, the cost of the final-pay system is high, which makes it unsustainable, and there is automatic indexation until the retirement date.

In the average-pay system, the salary of each year serves as a starting point for the pension accrual and the accrued pension is the sum of the annual accrual. Also, the pension is possibly increased with indexation.

Prime Minister and Minister of General Affairs Leona Romeo-Marlin told Members of Parliament (MPs) during the meeting that the pension system is the most complex part of civil servants’ legal position and is also very sensitive and costly.

“In 2015, it was already clear that the present pension plan is no longer sustainable and government had great difficulty meeting its financial obligations and APS reported that cover ratio was sinking below 100 per cent,” she said. “In order to assure the survivability of the pension plan, premiums would have to be increased or the system would require a drastic reform. Government chose to reform the pension system and the draft national ordnance we are discussion today (Friday) is part of that reform.”

Government formed a work group to assist with the changes and government and unions representing civil servants and teachers in the GOA (WICSU/PSU, WITU, ABVO and NAPB) signed a covenant in January 2017 in which it was agreed to make changes to the pension law.

The issue was already discussed in a meeting of the Central Committee of Parliament last year. Romeo-Marlin said government proposes that parliament approve the changes in the public plenary session, to guarantee the pension fund’s future sustainability.

Other changes in the draft which were discussed in a Central Committee meeting last year include moving the pension age to 65 from the present age of 62. Built into the draft, is the possibility for workers to retire at the age of 62 if they want to. However, they will receive a somewhat reduced pension. Another change in the draft is a reduction in the percentage paid into the fund by government for civil servants from 25 to 18 per cent.

The premiums being paid by civil servants will not be changed. Currently employers contribute 19 per cent to the pension fund and employees contribute 6 per cent of their salary.

Also changed is the ending of Widow’s Pension for ex-spouses. The possibility has also been built in for future changes to be made to orphans’ and widow’s pensions as well as for the disability pension.

Also built into the draft is a recovery mechanism which will go into effect if the coverage ratio of the pension fund goes below 100 per cent. If this occurs, the General Pension Fund Administrator APS will be required to come up with mechanisms to restore the credit ratio within five years. If this plan fails, employers and employees will have to make contributions to the fund to restore it.

The draft also includes the possibility for civil servants to buy additional pension at their expense.

All persons who roll over into the new system will receive 10 per cent of their already-accrued pension rights and will build up further pension according to the new rules.

Several MPs posed questions and presented concerns on the draft, following which the meeting was adjourned.