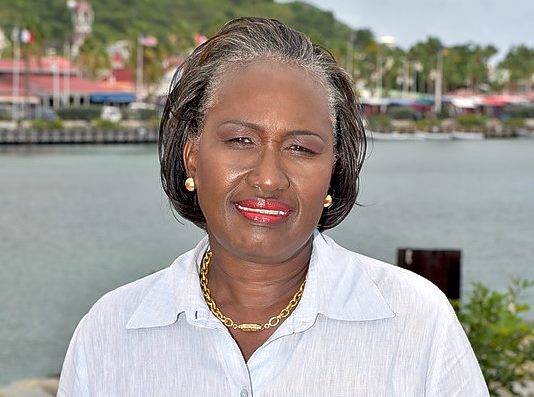 MARIGOT–Les Républicains candidate Claire Javois captured the most votes of 1,538 (26.01 per cent) during the first round of the Legislative Elections in St. Martin on Saturday, ahead of second place La République En Marche candidate Inès Bouchaut-Choisy with 1,286 votes (21.75 per cent).

The election is being held to determine who will win the Député seat in the National Assembly to represent St. Martin and St. Barths.

No candidates from the 13 contesting the election obtained the number of votes equal to 12.5 per cent of registered voters so the election goes into a run-off on June 17, with Javois against Bouchaut-Choisy.

The candidate who made the biggest impact in the first round, however, was Jacques Hamlet, the SOS Radio talk show host, who came in third place with 1,122 votes (18.98 per cent) including five from St. Barths, a giant leap from the 511 votes (7.72 per cent) he obtained in 2012.

In a brief statement, an emotional Hamlet said the result was attributed to the many convictions he shared with the population, both on-air and off-air, hard work, a competent team behind him, and a well-studied parliamentary project.

“Above all, the amazing support from the population who put their trust in me has left me humbled and grateful and I consider this first round a victory all the same,” he said, before congratulating the two candidates advancing to the second round.

René Arnell, who finished up in fifth position, congratulated Javois, Bouchaut-Choisy and Hamlet.

“My result was obtained without any endorsements or political machinery,” he said. “Nevertheless, even though the participation in this election was very low, I consider this first beginning as a victory. Political conscience and a message of hope for the future was delivered.”