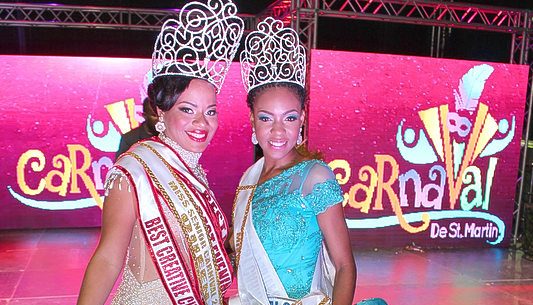 Euphoria organised its first big pageant on the evening that could have been considered a bit too lengthy. The show started after 9:00pm and ended at 3:30am. Young and old patrons cheered on their favoured contestants who took part in both pageants.

Attendees were impressed with the eye-opening number of contestants in the individual appearances throughout the night. There was never a dull moment as several guest performers such as Kenyo Baily entertained the crowd with his soca tracks.

In the Teen category, Clifton made a mark from the onset in her introduction to her talent segment which focused on peer pressure.

In the Senior category there was no question that Galvani soared, as she nabbed most of the sashes on Thursday night.

One of the upsets of the evening had to do with Khadija Joseph, the only young lady to not get a sash or place in the competition. However, she gave a masterful song performance in the Senior Talent segment.

Overall, the young ladies of both Queen Shows did their best.