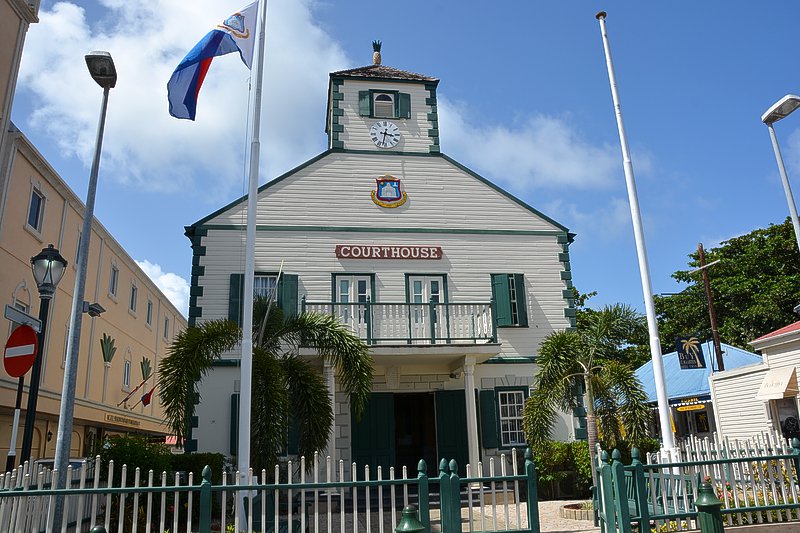 PHILIPSBURG–The Court of First Instance granted government and the adult clubs another week to sit around the table to work out an interim policy concerning the issuing of work permits for women in the adult entertainment business.

Parties gathered at the Courthouse again on Friday afternoon, after it emerged Thursday that representatives of the clubs, Government and the Prosecutor’s Office had failed to reach a compromise ahead of Friday’s deadline.

A new deadline has now been set for Thursday, May 19, at 9:00am. If no agreement is reached by that time, parties will reconvene in court to seek a decision of the judge on the matter.

To prevent the Government of St. Maarten from being held for an accomplice to human smuggling it was decided to halt the issuing of work permits for exotic dancers. No new permits have been issued since March 1, and all 63 pending requests for permits have been turned down from that date.

The clubs had said earlier that this prevents them from continuing their operations. The clubs had filed an injunction and an administrative procedure against Government over its move to discontinue the processing of employment and residence permits for exotic dancers, pending the finalisation of a new policy.

The new policy is to be based on the new Criminal Code and on international law and treaties banning human smuggling. The administrative procedure concerns the blanket turning down of permit requests that were submitted after the discontinuation.

The clubs are concerned that since the discontinuation of the processing of permits four months ago, no mechanism has been put in place for them to bring in female workers in the interim to sustain their operations while the new policy is being ironed out.

The situation is stifling their operations and could lead to their closure, the clubs claim. However, no clubs have been closed down to date, it was stated Friday.

According to Government, an interim-policy is not possible as it would make it an accomplice to human smuggling. The Prosecutor’s Office is against any type of contract between the clubs and their employees, but the brothel owners claim that not every contract with a female worker would be against the law.

Not every worker is forced or recruited and there are women who work in the industry voluntarily and of their own accord, their attorney Jairo Bloem said.

Government’s lawyer Richard Gibson Jr. said that according to the Prosecutor’s Office, the clubs cannot be involved in the recruitment of workers and with arranging their documents in any way.

According to the clubs, the current situation is not workable as Government has not even made a start with drafting a new policy to make workers in the adult entertainment industry independent entrepreneurs. The new policy should be ready within three months, the Court was informed.