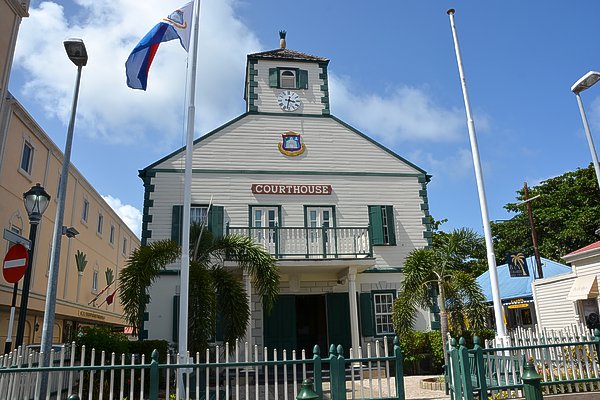 PHILIPSBURG–Despite Government presenting an interim policy for the issuing of work permits for women employed in the adult entertainment business, parties failed to reach an agreement during Thursday morning’s Court session.

Four weeks after an injunction was filed, representatives of Government and nine companies proved unable to compromise, leaving the Judge no other choice but to give a decision on this matter on Friday, May 27.

To prevent the Government of St. Maarten from being held for an accomplice to human-smuggling it was decided to halt the issuing of work permits for workers in the sex industry and strip clubs. No new permits have been issued since March 1, and pending requests for permits have been turned down from that date.

The clubs claim this prevents them from continuing their operations. No clubs have been closed down to date, but operations have been reduced to a minimum, their lawyer Jairo Bloem said.

The clubs filed an injunction and an administrative procedure against Government over its move to discontinue the processing of employment and residence permits for exotic dancers, pending the finalisation of a new policy.

The new policy is to be based on the new Criminal Code and on international law and treaties banning human-smuggling. The administrative procedure concerns the blanket turning down of permit requests that were submitted after the discontinuation.

A public website is to be built and candidates interested in filling a vacancy are to receive a standard email with information. Candidates may submit their personal details on a secured part of the website. Next week, the email-address will be made available to the general public via the local media and abroad, it was stated.

After the information has been processed the club owners will be contacted. Foreign women who need a visa to travel to St. Maarten have to apply for one themselves. All the required documents need to be in place prior to travelling to St. Maarten. The Ministry of VSA asserted that “the doors would be reopened” for foreign sex workers two weeks after the first applications have been received and processed.

The contracts between workers and their employers need to safeguard the women’s independence and must safeguard their security and hygiene. “House rules” are also to be included, it was stated. The application process is to take approximately one month.

Lawyer Bloem said the clubs do not want an interim-policy. Instead, they called on the Court to give its opinion on the question whether prostitution in St. Maarten is a case of “exploitation, duress, and human-trafficking.”

The clubs claim their operations have nothing to do with human-smuggling and uphold that women working in their establishments are not forced or limited in their freedom in any way.

In this regard, Bloem wondered what the big difference was between the clubs or government closing contracts with sex workers from abroad. He said the women working in the nine clubs do not pay anything to the owners, except rent for a room.

“The current policy of tolerance and licensing is sufficient safeguard against human-trafficking,” Bloem said, who made a plea for the continuation of the former policy.

Attorney-at-law Richard Gibson Jr. did not claim that the interim policy would be perfect, but said Government is trying to offer the clubs a possibility to employ female workers on a short notice.

He underlined that the former policy is a thing of the past. “If the club owners do not want a temporary solution, they would have to wait for the finalisation of a well thought-out policy,” said Gibson.

Bloem claimed this would not be a solution, as a new policy would require the approval of the Council of Ministers and of Parliament, as well as approval on “kingdom level.”

According to him, government’s proposal would lead to favouritism and corruption. “The interim policy is unnecessary, inconsistent and random,” Bloem concluded.