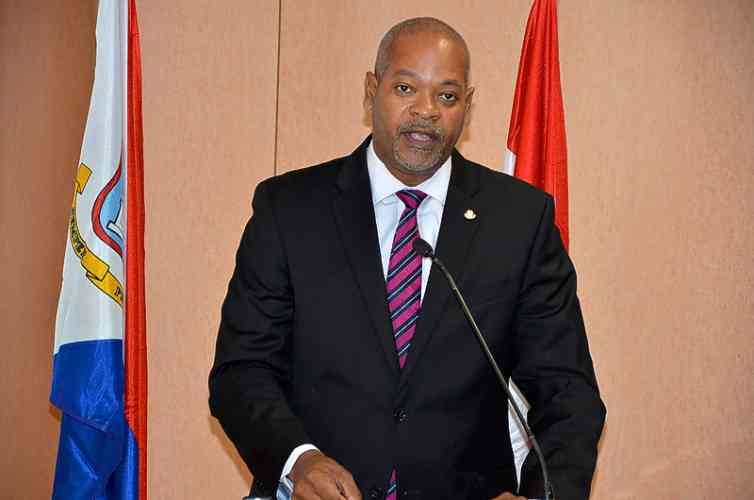 AIRPORT–Acting Minister of Tourism, Economic Affairs, Transportation and Telecommunications (TEATT) Cornelius de Weever said on Thursday that he welcomes the news about an agreement that was signed this week between the Netherlands and Winair that will establish a direct air link between Bonaire and the Windward Islands (Saba, St. Eustatius and St. Maarten).

The first flight under the banner CN-Express is scheduled for February 26. Air transportation links between the Caribbean Netherlands islands of Saba, St. Eustatius, Bonaire and country St. Maarten are essential when it comes to economic development (tourists), air transportation for family and friends, health (medical care/referrals), etc., and is in line with the important hub function that St. Maarten performs.

Tickets can already be booked via the Winair website since last week and based on the Winair reservation system, two return flights are made per week set for Mondays and Fridays. The arrival of CN-Express saves civil servants a time-consuming and costly detour because the Dutch government forbids flying with InselAir.

Shared service organisation RCN stated in a separate press release that it will purchase a number of seats on each flight for medical referrals and employees. In addition, a fixed number of seats will be sold on the free market.
Tickets are priced US $300 for a one-way trip. This price applies to the flights BON-EUX, BON-SAB and BON-SXM (or vice versa). The rate does not include airport tax and booking fees.

CN-Express starts two months later than hoped. In recent weeks, a lot of effort was made to finalise the agreement with Winair, which in the months after Hurricanes Irma and Maria was focussed on restoring the existing routes.

“Princess Juliana International Airport SXM remains a hub for the Northeastern Caribbean. SXM Airport in January started off with a series of meetings, the first one with our sister island of Anguilla to share information about current rebuilding efforts.
“This is all part of our country’s hub function for the surrounding islands. It is the intention of SXM Airport to meet with hub partners such as St. Martin (French), Saba, St. Eustatius, Nevis, St. Kitts and Dominica,” stated de Weever.

“The relations with our neighbours to the North (St. Martin) and the surrounding islands are all part of the efforts of to make sure that our country while in the recovery mode meets the demands of our hub partners going forward.”

Signing the agreement on behalf of the Netherlands were the Ministry of Interior and Kingdom Relations and the Ministry of Infrastructure and Water Management. The flights will take place every Monday and Friday for a period of three months. CN-Express will be evaluated after six weeks as to whether it meets the islands’ needs.

An ATR42 aircraft from Air Antilles will be used to fly the new route. This 48-seat aircraft will fly between St. Maarten, St. Eustatius and Bonaire. A Winair Twin Otter feeder is then used to connect Saba with St. Eustatius.