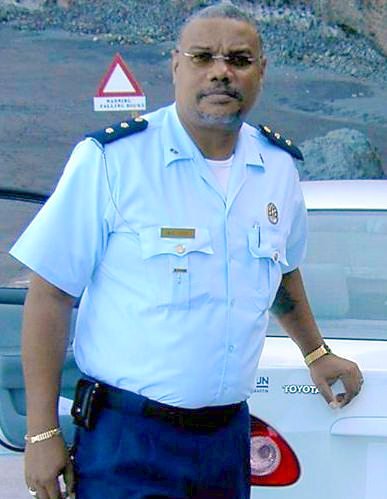 The Daily Herald understands that Glenn Werleman and Deputy Director Hans Schreuder informed the temporary head at the time that his services no longer were needed and that he could return to the police where he originally came from.

In the meantime, Thodé is in the process of starting court proceedings contesting his dismissal. One of the reasons was that Thodé refused to fill in a document forwarded to him.

“They have not contacted me and they have not said that they were to dismiss Thodé from his position. They tried to do the same thing to me when I was head of the Coast Guard. I am not going to discuss publicly what I am going to do. However, what I can say is that the only party that is in contact with my office is the lawyer of Thodé. They seem to know the correct protocols,” Kirindongo said.

Dutch Caribbean Coast Guard spokesman Roderick Gouverneur told The Daily Herald on Thursday that Thodé had not been dismissed and that he had requested to go back to the Police Force of St. Maarten, as he never had been in the official employment of the Dutch Caribbean Coast Guard. “All I can say is that Thodé requested to go back to the police, and the Coast Guard did not object,” Gouverneur said. When asked the reason for Thodé’s departure, Gouverneur repeated his previous comment.

The Dutch Caribbean Coast Guard is a partnership between Aruba, St. Maarten, Curaçao, and the Caribbean Netherlands (Bonaire, Saba and Sint Eustatius). The staff of the Coast Guard is composed of all constituent countries. Ministries of the four parts of the kingdom determine the Coast Guard’s policy.

The Coast Guard’s judicial policy is determined by the three Ministers of Justice of the countries of the Kingdom. Controlling the Coast Guard executive in judicial matters is done through the Attorneys-General of the Netherlands Antilles and Aruba.

DCCG has approximately 160 personnel. Of these, 140 are from Aruba, Curaçao and St. Maarten, and 20 from the Royal Netherlands Navy.

Parties now will head to court to settle the dispute.