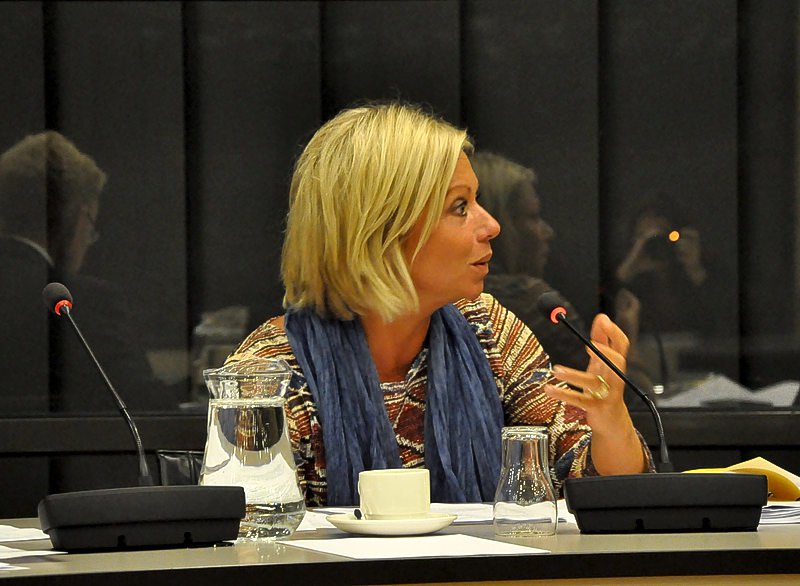 THE HAGUE–The coastal radar system for the Windward Islands that would be installed on French St. Martin in 2018 has been postponed for financial reasons, Dutch Defence Minister Jeanine Hennis-Plasschaert announced on Tuesday evening. She also had good news: a solution has been found for the budget deficit of the Dutch Caribbean Coast Guard.

The preparations to install a coastal radar system were in an advanced stage, but unfortunately this plan had to be shelved for a while, because of a decision of the French Government for financial reasons, the Minister told the Second Chamber of the Dutch Parliament during a debate.

The Second Chamber’s Permanent Committee for Defence met on Tuesday evening to discuss the 2015 annual report and the 2016 year plan of the Coast Guard. During that meeting, independent Member of Parliament (MP) Johan Houwers inquired about the status of the plans for the coastal radar system on French St. Martin.

“I don’t foresee this project happening on short term,” said the Minister, who assured Parliament that the suspension of the coastal radar was a temporary decision and that this in no way meant that the project was entirely off the books. “I will keep in close touch with the French Government on this matter,” she said.

The French Government had secured the funding for the installation in 2018, Hennis-Plasschaert informed the Second Chamber in July this year. Earlier, the French and Dutch Government had expressed commitment to finance the coastal radar system together for efficiency reasons. The current budget of the Dutch Caribbean Coast Guard also didn’t provide funds for the joint investment, initially budgeted at 8 million euros.

A coastal radar system, already in place for Aruba, Bonaire and Curaçao, provides a continuous overview of the movements of ships. It is a highly useful system to monitor vessels and to detect boats with malicious intentions such as the transport of illegal drugs, weapons and human-beings.

However, it is not a crucial system and the temporary suspension of the project won’t have any adverse effects on the Dutch Coast Guard operations in the Windward Islands. “It’s not like we can’t do anything without it. The radar is a useful addition that increases the effectiveness,” said Hennis-Plasschaert.

During the debate on Tuesday, the Minister announced that a solution would be forthcoming for the deficit of the Dutch Caribbean Coast Guard incurred as a result of the exchange rate of the US dollar and the euro, which resulted in a 3 million euros shortfall in the 2015 annual account.

Hennis-Plasschaert asked the MPs to bear with her until Budget Day in two weeks’ time. She announced that a solution would be included in the budget of the Ministry of Home Affairs and Kingdom Relations BZK which would be released on the third Tuesday of September.

The Minister didn’t go into details as to the nature of the solution, but said it was important to prevent structural cutbacks as this would have an adverse effect on the Coast Guard operations and the motivation of personnel. “It is highly undesirable that the cutbacks become of a structural nature,” she said. The Coast Guard budget is part of the BZK budget.

Unfortunately, the solution in the 2017 budget for the deficit will not affect the cost-cutting measures that had to be taken in 2016. These measures included the cancelation of harbour visits, the reduction of business trips, the cutback in investments and the use of only one of the two engines of the Cutter patrol boats.

Several MPs had pressed Hennis-Plasschaert to find a solution for the deficit. “It is unacceptable that the Coast Guard operations are determined by a negative exchange rate. All these measures that have been taken this year are bad for the Coast Guard’s image and have a detrimental effect on the personnel,” said MP Angelien Eijsink of the Labour Party PvdA, who expressed “great admiration” for the people at the Coast Guard who worked hard with limited means.

MP Ronald Vuijk of the liberal democratic VVD party called for a structural solution for the exchange rate difference. He said the method of continuously “slicing off” the Coast Guard operations was “no longer an option.” He reminded the Minister that the Coast Guard had a vital task to keep the islands safe, to catch illegal immigrants, intercept drugs and other contraband and to rescue people at sea.

MP Raymond Knops said it was “unacceptable” that more cost-cutting measures would be taken at the Coast Guard. The organisation and its people already have to deal with increased tensions in the region and a higher workload, he contended. “There is only one solution, and that is to get the Coast Guard back to its earlier high level. No more depletion,” said Knops.

MP Raymond de Roon of the Party for Freedom PVV agreed that it was important to invest in the Coast Guard, but in his opinion there should be a fairer division of the covering of the Coast Guard expenses. The Netherlands pays, by far, the largest share of the expenses: 69 per cent. Aruba pays 11 per cent, Curaçao 16 per cent and St. Maarten four per cent.

De Roon spoke of an “absurd” method of financing and a “criminal” sharing of cost. “The Dutch Caribbean countries clamour for more autonomy, yet we pay the biggest share. The islands are sitting front row for a dime. There needs to be a new, fairer division,” he said.

Minister Hennis-Plasschaert was short in her reply: “We will not change the division key. We also have much to gain from a solid Coast Guard.” Responding to a question by Vuijk (VVD) about the non-payment by Curaçao of this year’s contribution, the Minister said that this matter had the attention of the BZK Ministry. She confirmed that Aruba and St. Maarten had paid.