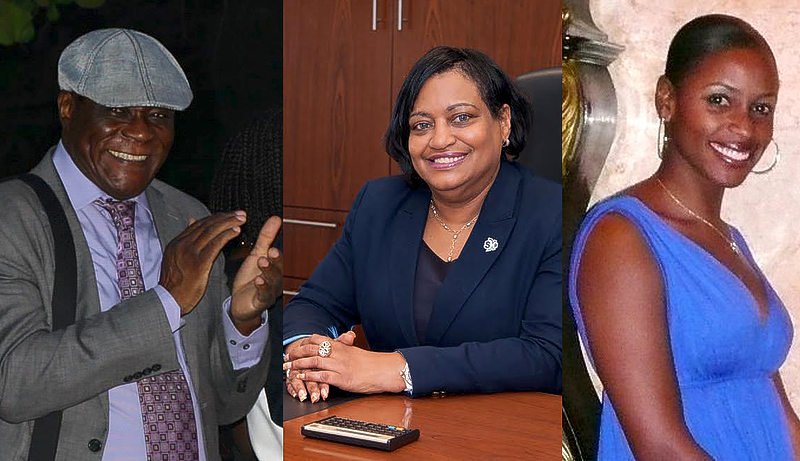 PHILIPSBURG–Regina Labega (56), Fabian Badejo (65) and Erica Fortuno (36) have been released following their arrest on Monday.

The three are suspected of embezzlement in employment, theft and forgery, filed by then-head of the Finance Department Bas Roorda on November 25, 2010, against employees of the St. Maarten Tourism Bureau. The investigation continues, but the suspects answered questions during their detention.

The case against a fourth suspect in the Colade investigation, Edward Dest (51), already has been brought in front of the judge. On March 25, 2015, he was sentenced to one day in jail for complicity in the deliberate misappropriation of money or monetary instruments as an official.

The judge found it proven that Dest had misappropriated funds belonging to the St. Maarten Tourist Office in New York NTO for promoting tourism to St. Maarten in North America and instead had used some US $20,000 for airfare, hotel rooms and daily allowances in Aruba, Panama, St. Maarten and for the Tourist Bureau’s Christmas dinner and Boardwalk Mas 2010 expenditures.

For these crimes, which were committed between June 1, 2009, and August 23, 2010, the Prosecutor had requested a suspended sentence of two months, with two years’ probation. Initially Dest also had been charged with money-laundering, but this charge was dropped.

Roorda filed a criminal complaint against Dest, former Tourism Director Regina LaBega and civil servant L.C. in November 2010. As a result of the complaint, former Minister of Tourism Franklin Meyers suspended Dest and LaBega on November 3, 2010.

Meyers withdrew their suspensions on December 2, 2010, as there was lack of evidence of any wrongdoing, he said at the time.

Dest is no longer working at the Tourist Bureau, as he fell seriously ill and has been declared unfit for work.

The complaints against him referred to an account with J.P. Morgan Chase Bank in New York with money to fund NTO on Fifth Avenue in New York City to promote tourism to St. Maarten in North America. The office received a monthly Government contribution of US $100,000 for marketing purposes in what was called the “essential market.” However, it emerged that money from this account had been used for other purposes.

Dest had admitted to the court that he knew the money was destined to cover the NTO’s operational cost. “The account of the Chase Bank was opened to pay the expenses of the office in the US,” he had said. “The NTO budget entails rent, telephone expenses, salaries, trade shows, professional fees, travel expenses, et cetera. The travel expenses were from the US to St. Maarten and from St. Maarten to the US.”

Dest initially was charged with eight counts of embezzlement, but the court found four of these counts not proven because former Commissioner of Tourism Frans Richardson had stated he had granted permission to make payments via the Chase Bank in these cases.

The prosecution intends to present this investigation to court in the second half of 2016.