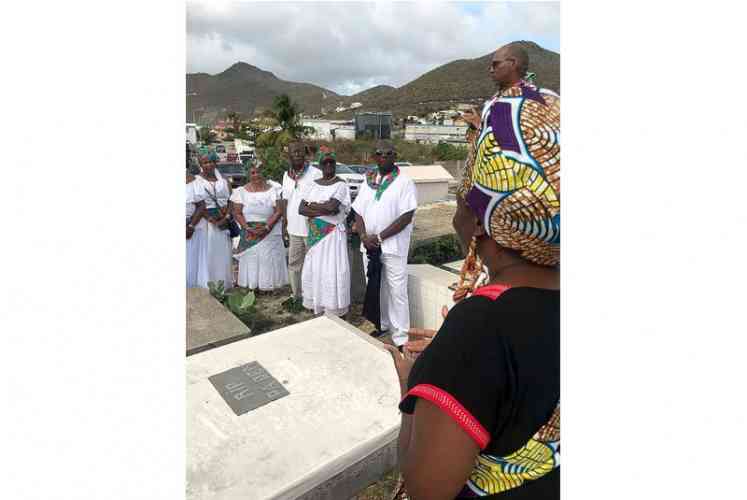 Culture Department head Clara Reyes speaking during a brief ceremony for Pa Ben who passed away in 2018.

One year after the passing of the cultural icon who suffered a massive heart attack on Thursday, May 17, 2018, and was in critical condition at the St. Maarten Medical Center Emergency Room for two days before passing away on May 19.

The name “Pa Ben” was bestowed on Bryson in 1986 when he acted as the character Pa Ben in the play “Old Story Time” staged by the Cole Bay Theatre Company. He was well-loved and will be missed by many in and around St. Maarten

Bryson continued acting and performing throughout the years and was known for working at Oyster Bay Beach Resort as a storyteller and host. He could recite the history of St. Maarten/St. Martin in a split second as Pa Ben. The character was 125 years old and said he was the oldest resident of the island.

Bryson worked as a camera operator for the Government Information Service, now government’s Department of Communications, before retiring several years ago. He started working for himself, started a media company and was hired by several ministries over the years to handle their public relations.