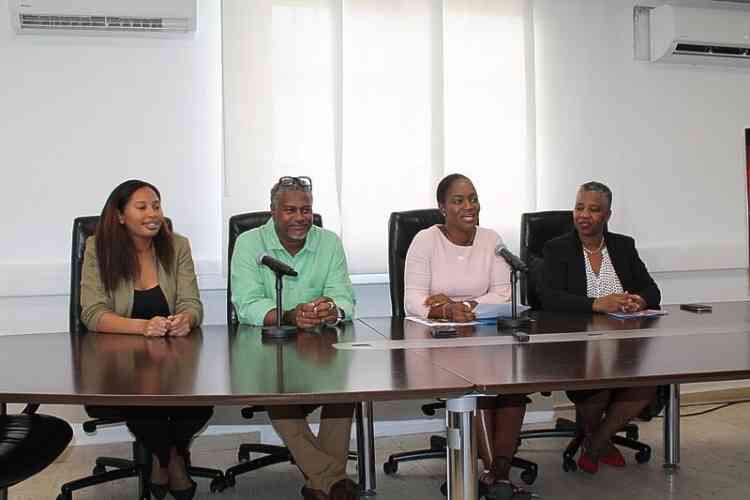 Festivities organised by the Collectivité’s Culture Department in collaboration with St. Martin Tourism Office and the District Councils begin with the opening ceremony on Sunday in the garden of Hotel de la Collectivité. On the programme is a Food Fair and Pudding, Tart and Punch Contest from midday onwards. The Christmas Parade starts at 3:00pm from the Nina Duverly School and finishes at Hotel de La Collectivité. A Gospel concert will be staged at 5:00pm and as darkness falls Christmas lights will be switched on in Marigot.

The festivities then move out to the districts of Sandy Ground, Grand Case, and French Quarter on December 2, December 9, and December 16, respectively. Christmas-themed live entertainment will take place from 12:00pm to 10:00pm on each of these days. Each district will also hold its own Pudding, Tart and Punch contest, with the winner of each district going on to compete in the Grand Finale on the Marigot waterfront on December 23.

The Grand Christmas Finale will be held on the waterfront from midday on December 23 until 11:00pm. Father Christmas will be joining in for the children’s activities from 3:30pm. Awards ceremony for the Pudding, Tart and Punch competition will be held at 6:00pm followed by a “Musicology” concert from 7:00pm onwards.

Director of the Human Development Department Thierry Gombs reminded that in traditional St. Martin fashion at Christmas, it is recipes for sweet potato pudding, coconut tart and Guavaberry punch that are eligible for the competition. To participate in the competition, register with the Culture Department by calling (0590) 29.59.24. Round-trip air tickets and other prizes donated by sponsors will be presented to winners.

St. Martin Tourism Office Interim Director Aïda Weinum noted shop keepers in Marigot will be doing their part to generate a joyful Christmas ambience on the streets of Marigot.

On Sunday, a portion of Rue de la Mairie between the Hôtel de la Collectivité and the intersection of Rue du Général de Gaulle in Marigot will be temporarily closed. As a result, traffic and parking will be prohibited in the above-mentioned street section from 6:00pm Saturday, November 24, to 6:00am Monday, November 26.

The small street between Hotel de la Collectivité and the “Forum Caraïbes” shop will be kept open to traffic. The Territorial Police are responsible for setting up the traffic diversion.