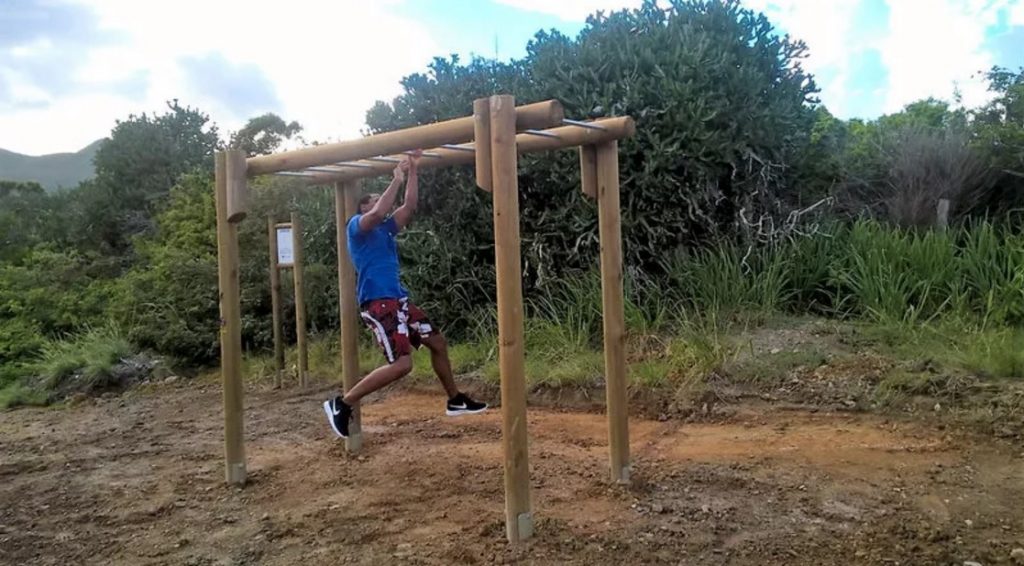 MARIGOT–As part of its prevention policy on the risks associated with being overweight, the Collectivité has constructed and installed a number of wooden structures at different locations in the territory that are designed to be used free of charge by the public for exercise.

These public facilities are intended to combat obesity and prevent cardiovascular disease, diabetes, and high blood pressure, the Collectivité noted in its release.

The pilot project was launched by Vice-President of the Department of Solidarity and Families Ramona Connor, as part of the Local Health Contract implemented by the Regional Health Authority (ARS) in December 2014.

An amount of 150,000 euros was committed to the project by the Collectivité, while ARS contributed 50,000 euros as a partner.

Three locations were identified as being the areas where the structures would have the most use. The chosen sites were Galis Bay, close to Marina Fort Louis, in Concordia at the Media Library and in French Quarter, between Spring and Le Galion.

As the latter location is part of Réserve Naturelle, an agreement was signed with Conservatoire du Littoral and the Réserve to occupy the parcel of land concerned.

The Concordia and Le Galion structures/courses have been completed and are available to the public. The Galis Bay course is currently being installed.

Reminiscent of the obstacle courses used by the Army to train recruits, the Collectivité explained the structures, graded for difficulty, can be used by adults and teenagers for strength training, helping to develop bodybuilders and gymnasts, or as part of a general fitness plan including walking, jogging, and stretching.