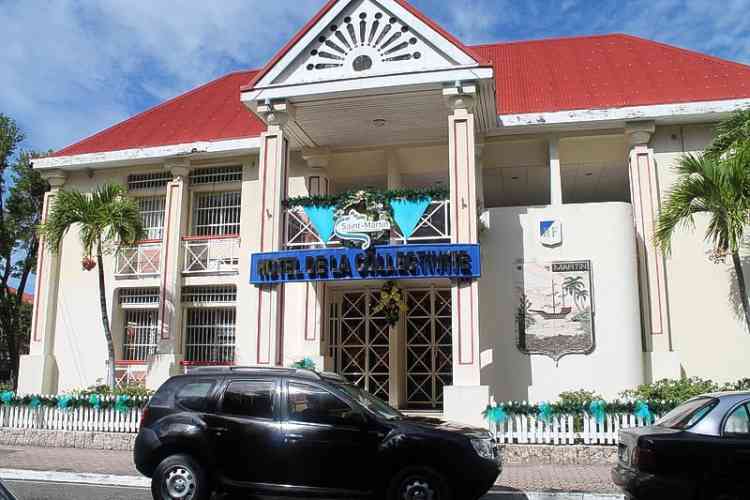 MARIGOT–The Collectivité is repeating its “Friendly Island – Clean Island” cleaning campaign from today, November 20, until December 20 before the tourist season and end of the year celebrations get into full swing.

Despite the efforts of the Collectivité, which invested more than 15 million euros in the rehabilitation of the territory after Hurricane Irma, and despite the involvement of citizens’ associations and individuals, some places are still in a deplorable state. The Collectivité therefore decided to launch a new campaign to encourage cleaning.

To encourage this civic and collective approach, the Collectivité is once again making “skips” available to the public in the neighbourhoods. A 20-cubic-metre bucket will be placed in each district to remove bulky waste, but not construction-site rubble, which companies must transport themselves to the eco-site in Grand Cayes.

The local authority’s services will move the skips as needed and will continue cleaning actions on the public domain. Individuals are encouraged to clean up their property and use the skips.

The skips are located in front of Thelbert Carti Stadium in French Quarter, in Cul-de-Sac at the entrance to Mont Vernon, in the car park of the former Soualiga College, in front of the old Cultural Centre in Grand Case, in the Post Office car park in La Savane, in Rambaud/Colombier/St. Louis/Friar’s Bay, entrance to Colombier, La Batterie, near the tamarind tree of St. Louis, Hameau du Pont in front of the Annicette supermarket, the turn in front of the Piper house, Galisbay/Concordia, Grand St Martin, and Media Library, in Sandy Ground: Albéric Richards Stadium, Rue Lady Fish Street, opposite the Cultural centre and in Baie Nettlé and Terres Basses.

Many private properties have remained as they are since Irma. Fifteen formal notices to clean up have been issued by the local authority; new formal notices are being issued. This action aims to involve citizens in cleaning up their places of residence.

The local authority is continuing its operation to collect car wrecks. This operation is free of charge for all those who wish to make themselves known to the Collectivité by contacting (0590) 52.27.30 (ask for the Environment and Living Environment Department).

As for the transport of waste to landfills, individuals and companies joining this effort are asked to sort green waste from bulky waste before transporting it to the Grandes Cayes ecosite or the Galisbay recycling centre. This preliminary sorting is necessary, as it facilitates the treatment and recycling of waste.

The Collectivité invites each citizen to participate in this collective action.