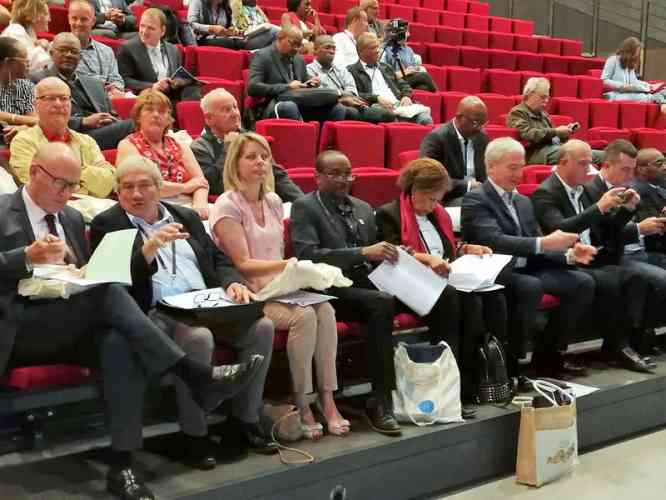 MARIGOT–While the French state is currently consulting the population of St. Martin on the future natural risk prevention plan PPRN, the Collectivité and elected officials have expressed their wish to see the public consultation period extended by several months, to have additional time to discuss upcoming regulations.

Implementation of a PPRN generally requires two years of consultation. The Collectivité therefore wants the opportunity to explore and experiment on this matter to obtain a document adapted to the risks and needs of the island.

That request has coincided with Vice-President Steven Patrick’s (in charge of sustainable development) meetings on several occasions with professionals from other territories (overseas territories and communes of south of France) such as elected representatives, technicians of the state, parliamentarians, legal advisers and construction professionals, who can understand the problem in St. Martin .

On May 29, Patrick met with director of CAUE971 in Guadeloupe Jack Sainsily, a renowned architect, in order to study with him the potential leads in terms of construction and resilience. This particularly constructive exchange highlighted contemporary materials and modern construction methods that could be applied in St. Martin and allow St. Martiners to live with the risks, but at the same time be protected from those risks.

From June 10 to 14, the Vice-President took part in a seminar in the Hérault region (south of France), initiated by the Association “Interco’s Outre-Mer” entitled “Alchemy between the Earth and the Sea: what solutions for our territories? ” The themes were very close to concerns in St. Martin: coastal protection and land planning; port development and its economic results; development of territories and involvement of the population.

The seminar highlighted that St. Martin is not the only country confronted by the difficulty of developing a territory surrounded by water and being subject to factors related to the coastline and its regulations.

The overseas territories involved in this meeting (Guadeloupe, Martinique, Réunion, French Guiana and Mayotte), as well as many tourism-based communes of Hérault (Vias, Adge, Pézénas) face similar problems and constraints like St. Martin, such as erosion, flooding, the “50 pas Géometriques” etcetera.

Vice-President Steven Patrick plans to organize meetings with the local population and elected officials to bring about solutions for the reconstruction and security of the housing on the French side.