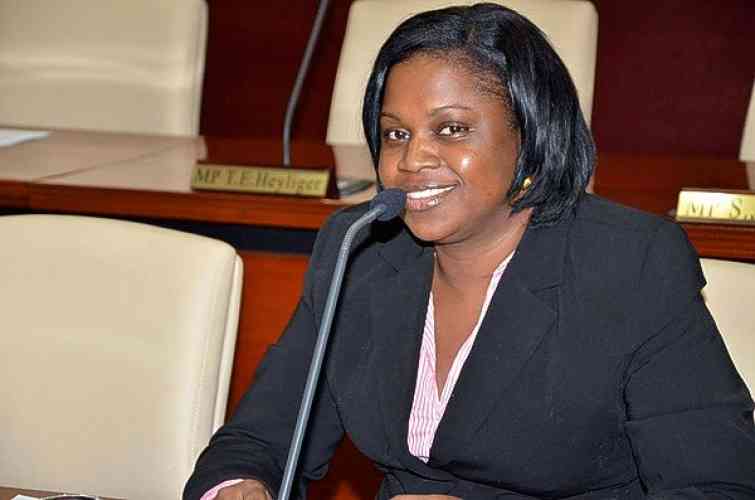 PHILIPSBURG–The Government of St. Maarten will leave the decision on what to do about the February 26 snap parliamentary election up to the Kingdom Government.

Government has sent a letter to the Kingdom Council of Ministers regarding the November 12 election decree, which Government believes is an infringement of the country’s constitution.

Prime Minister Leona Romeo-Marlin said on Wednesday that the letter was sent on Monday, January 22. She said the infringement has been taking place since 2016. “The previous Council of Ministers made a decision that was unconstitutional. Good governance has not been followed in the process. The actions of Government have eroded the value of the constitution and the trampling of our constitution must stop,” Romeo-Marlin said during the weekly Council of Ministers press briefing.

She said the Council of Ministers has requested that Kingdom Council of Ministers take measures within the confinements of the law and the Kingdom Council will have the authority to decide on the constitutional infringement and what measures to take. “It cannot be excluded that the decree to dissolve Parliament gets annulled,” she said.
She stressed that the current process to prepare for election continues.

Government’s action was taken after Chairperson of Parliament Member of Parliament (MP) Sarah Wescot-Williams sent a letter just before the new cabinet took office regarding the November 12 election decree, which she maintained violates the country’s constitution. The letter queried whether the Council of Ministers agreed with her position that the decree violated the constitution. She also asked Romeo-Marlin to respond to her correspondence as soon as she took office, which was done.

The first national decree for the dissolution of Parliament was dated November 3, 2017, which at the time set the convening of the new Parliament for January 31, 2018. The second decree on November 12 establishes the election for February 26 and sets the first convening of the new Parliament for April 2, 2018, which Wescot-Williams had called a “gross violation” of article 59 of the Constitution.

She has always maintained that the three-month period as prescribed by the constitution has been exceeded by nearly two months, without explanation or motivation.