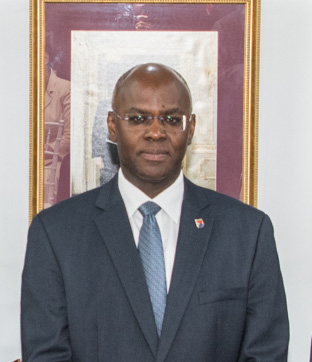 PHILIPSBURG–At six years, the term of Eugene Holiday as the first Governor of St. Maarten is coming to an end and the Council of Ministers (COM) will “soon” decide on a proposal for the position.

In response to questions during the COM’s press briefing on Wednesday, Prime Minister William Marlin told reporters that Holiday was appointed to the position for a period of six years. His appointment was made by the Kingdom Council of Ministers based on a proposal from the then Executive Council in 2010.

Now that St. Maarten’s status has changed and there is no Executive Council, the COM has to make a proposal to extend Holiday’s term, reappoint him or propose a new candidate for the position.
Marlin said government has not yet taken a decision. Once made, the proposal will go to the Kingdom Government, whom Marlin said will announce their decision.
Source: Daily Herald
COM will decide on proposal for Governor’s position soon